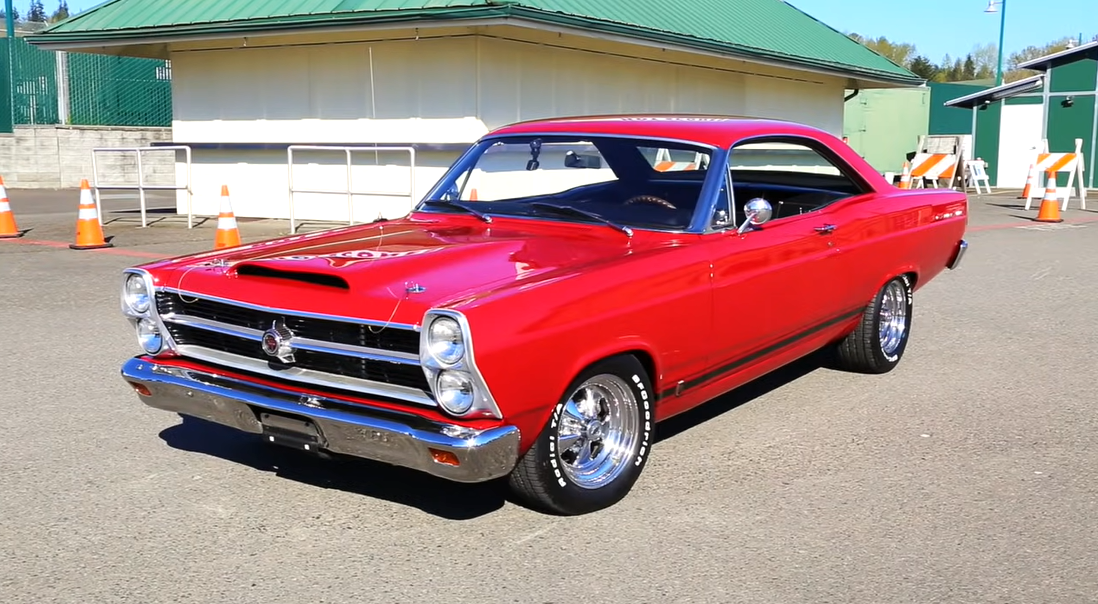 The Ford Fairelane never got even close to the Mustang popularity, it still is a favourite among many muscle car enthusiasts and today we have a fascinating example. This awesome Red 1966 Ford Fairlane GT impresses us with its stunning appearance, but the powertrain of this gem is even more exciting.

The factory 390 engine was the only option for the 1966 Fairlane GT and was swapped with a bigger 428 V8 Ford powerplant dressed with aluminum heads, Comp cam, Eagle rods, headers etc. and paired with a Top Loader 4-speed transmission and 3.50 gears Ford 9-inch rear.

GM had surprised the auto industry with the “supercar” (later known as the muscle car) in much the same way Ford had shaken things up with the Mustang. Though Chrysler had introduced the Barracuda, which sold in distant numbers compared to the epochal Mustang, it took GM a couple of years to generate some worthwhile competition.

Check up the video to learn more about the awesome vehicle.