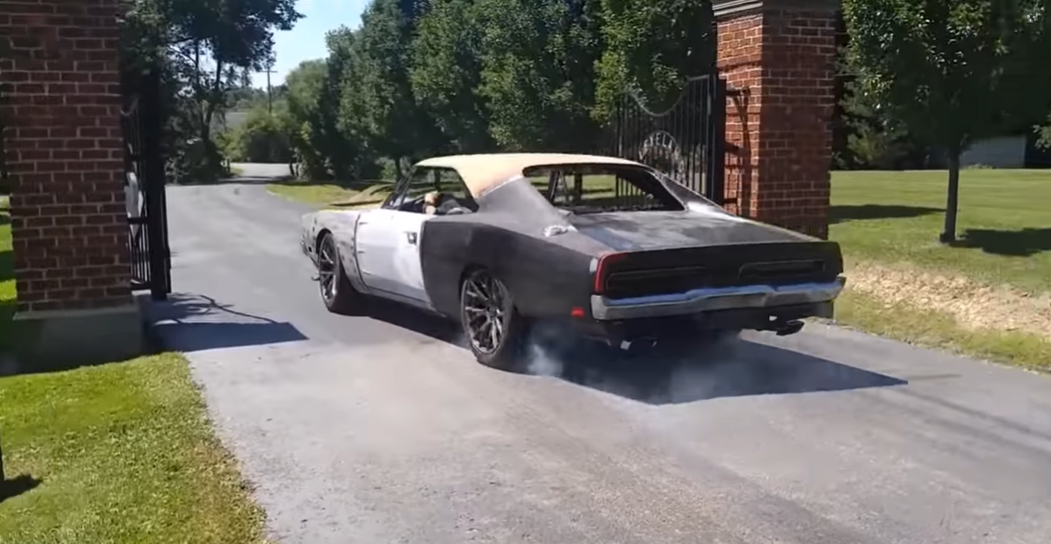 One of the fun parts about automobiles is that you could really go in any direction that you’d like. It’s interesting to see how different people see their ideal version of different cars. This concept is especially interesting when you see those who like to take old-school machines and combine them with new school technology that has followed along the same lineage.

I know it’s all up to personal preference but there are plenty of people out there who are incredibly enthralled by this old school meets new school mashup as it all takes place under the supervision of one particular chassis.

This time, the main suspect is a 1969 Dodge Charger. To many, this would be seen as one of the most iconic muscle cars that has ever existed. It’s basically the poster child for what it means to be old-school American iron.

While many would argue that it’s important to preserve these vehicles and keep them as original as possible, others definitely think that whoever gets her hands on them should go all out to reach their vision, creating the ideal resto-mod look out of one of these boats of a machine. That’s exactly what this Charger owner decided that he would like to do with his Mopar.

Down in the video below, we’re taken to the scene as someone decided to mash up this old school American muscle car with a little bit of new school boosted American muscle, taking the guts straight out of a Hellcat and stuffing them inside the engine bay of this old Charger.

After you get the chance to watch the car rip a pretty crazy burnout in the video below, be sure to tell us what you think of exactly how this old school machine goes to work. I know that there are a pretty good amount of The Classic fans out there who would probably want to go for a little cruise this thing, that’s for sure.

Take a look at this beast driving!!!!