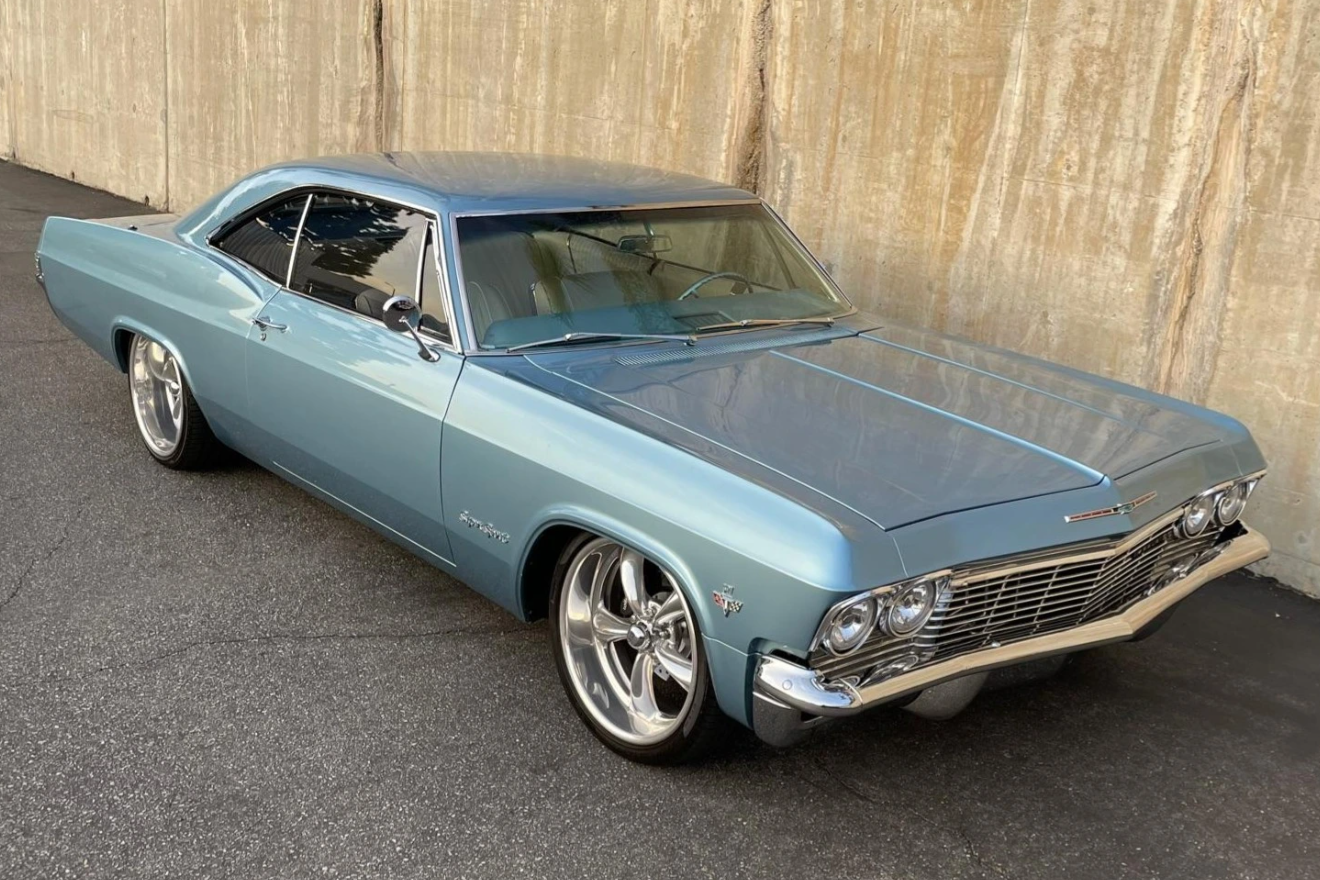 This 1965 Chevrolet Impala SS was acquired by the current owner in 2017 and subsequently refurbished and modified.

Work included a body-off repaint in metallic blue, interior refreshment, and the installation of a 5.3-liter Vortec V8.

Originally finished in Crocus Yellow, the body was separated from the frame and repainted from its previous black to its current shade of Silver Blue.

The front bucket and rear bench seats were reupholstered in white vinyl, and sound deadening was added to the floors, trunk, inside roof, and door panels.

Replacement blue carpets were also installed, and additional amenities include a Vintage Air HVAC system as well as a Retrosound head unit with Bluetooth capabilities paired with dual amplifiers, Rockford/Fosgate speakers, and subwoofers in custom enclosures.

The 5.3-liter Vortec V8 was reportedly sourced from a 2006 Chevrolet Tahoe and subsequently overhauled with replacement cylinder heads.

Power is sent to the rear wheels through a 4L60 four-speed automatic transmission and an aluminum driveshaft. The custom dual exhaust system incorporates Flowmaster mufflers.