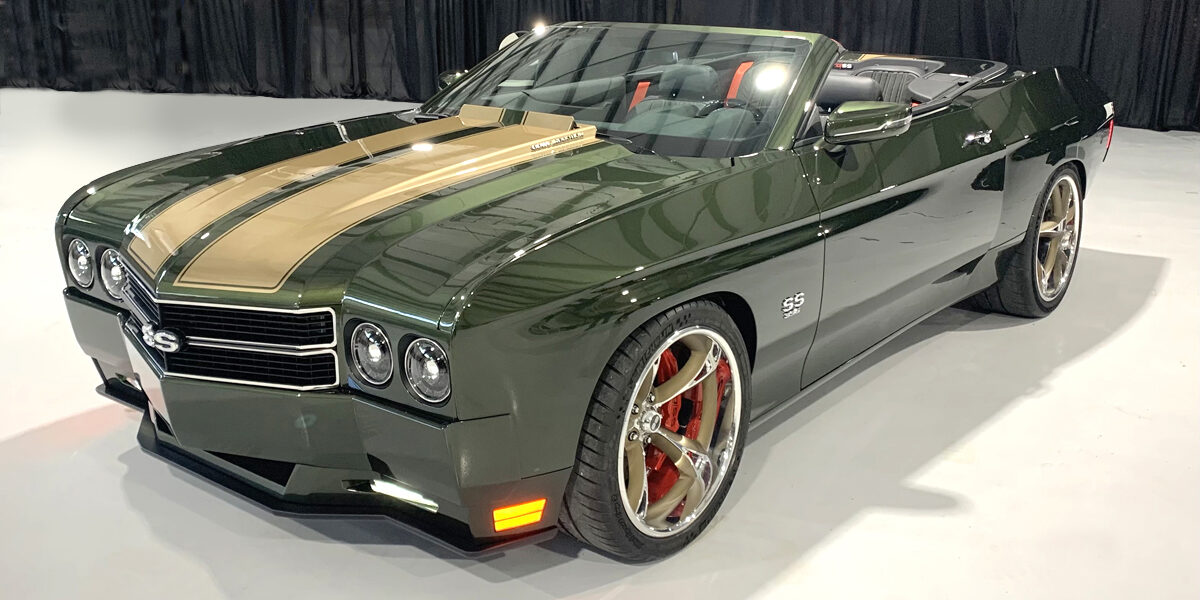 Bespoke muscle car customizer Trans Am Worldwide has released another model that puts a modern spin on a classic design, this time in the form of the 70/SS.

And if you guessed that it looks like a 1970 Chevrolet Chevelle SS, you’d guess right.

The classic 1970 Chevrolet Chevelle SS fascia returns with four round headlights and a wide, square grille. The side profile also matches that of the original muscle car, with pronounced fender bulges following a pronounced beltline.

Around the back, the trunk has been modified to curve down and back into the body-colored bumper, while tiny taillights give it a clean look. From renderings, we can also see that the brand plans to offer the model with pseudo-chrome front and rear bumpers instead of body-colored like the revealed model.

The Chevrolet Chevelle-inspired Trans Am Worldwide 70/SS can be specified with a number of different engines, starting with a base 6.2-liter LT1 V8 producing 450 horsepower.

Take one step up and you’ll get a Magnuson supercharged 396 V8 engine, but the real star of the show here is the brand’s own LS6/X 454 V8 engine, which has been boosted to produce a whopping 1,500 horsepower.

Just 25 examples of the top trim will be made, however, so better get your wallet out early if you want one. All engine options will send power to the rear wheels via either a manual or automatic transmission (yes, even the 1,500 horsepower option).

The interior of the 70/SS has also been slightly modified from its Camaro donor with color-matching trim pieces, and a steering wheel sourced from a C7 Corvette. Thanks to a retractable convertible top, the sun can be enjoyed while you row gears in this monster of a machine.

Take a look and tell us your thoughts: