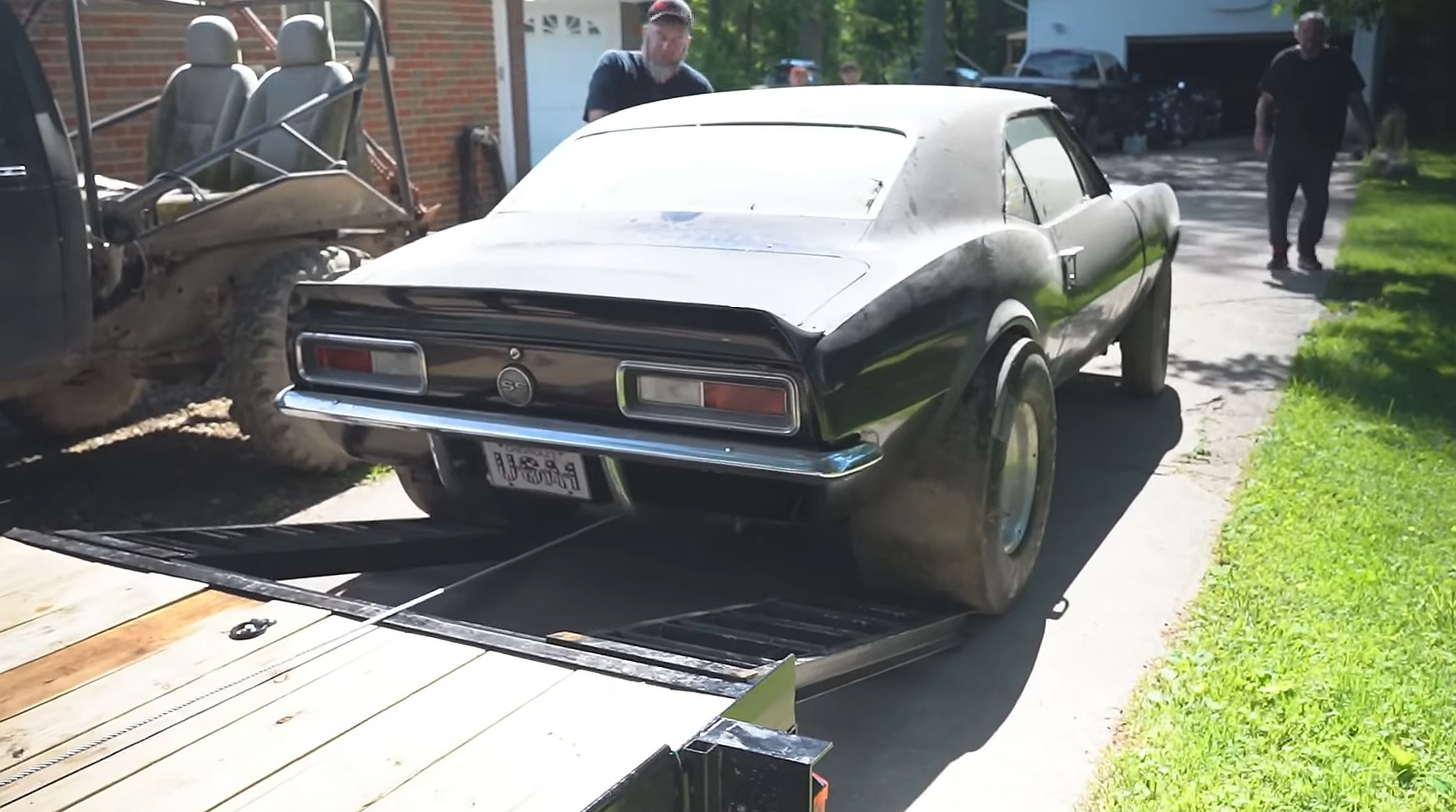 Discovering classic cars that spent decades in storage is a wonderful thing, but it all becomes even better when they’re still in good shape.

Because it means there’s a good chance it will hit the road again. This 1967 Chevrolet Camaro is one of those vehicles.

This Camaro is no longer a factory-stock classic. It was converted into a dragster at some point, and it was raced until the early 1980s.

The owner says he bought this car in 1988 from his dad, who purchased it in 1980 or 1981. So it’s been in the same family for at least 41 years as of 2022. Unfortunately, it hasn’t been driven since then, and it hadn’t seen much daylight either apart from when it was moved from one storage space to another.

Come 2022, and the owner finally wants to put it back on the road, a process that will require a new engine under the hood. This Camaro was born with a 350-cubic-inch (5.7-liter) V8 and got a big-block during its drag racing days, but it no longer has a drivetrain to rely on.

Not surprising for a vehicle that sat for more than four decades, the pony is completely covered in dust. The leather seats are as dirty as they get, and the cabin is filled with junk. And they even found a couple of dead rats.

However, the Camaro survived all those years of internment rather well, with no rust issues whatsoever and sound floor panels. And once the folks at WD Detailing were done with it, it came out of the shop with a shiny exterior and a pair of fresh-looking leather seats.

All told, it’s a fabulous survivor that’s only a drivetrain and a few cabin upgrades away from becoming a drag-ready muscle car again. And it will get there soon enough because the owner is planning on dropping an LS V8 under the hood. He will focus on making it streetable, but it will probably burn rubber at the drag strip as well.

Until that happens, see this cool Chevy Camaro come back to life in the video below.