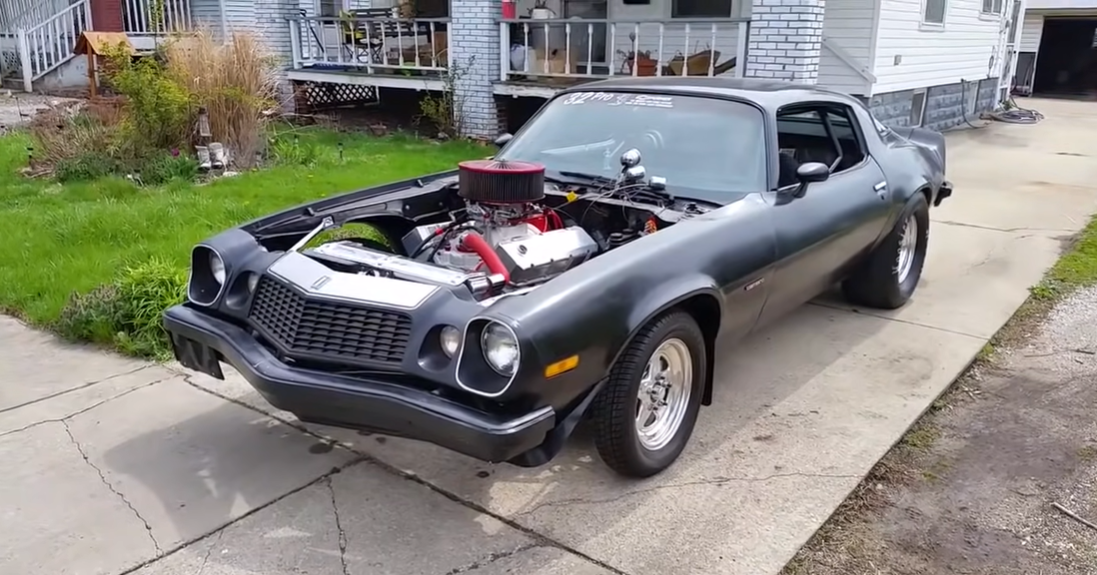 The Kyle Knackmuhs’s mean 1977 Chevy Camaro was acquired by his Father back in 1998 as a 406 SBC powered original 4-speed muscle car painted in Silver with Red interior.

Being used as a daily driver and raced on weekends the 2nd gen Camaro was definitely a lot of fun, but Kyle’s father got tired of putting clutches and swap the tranny with Turbo 400 with a 3500 stall converter.

A roll cage was installed along with a 9-inch Ford rear end with 4.57 gears and 35 spline axle and the next step in the plan was a big block swap. The 406 motor was sold next year, but for some reasons there was no further progress achieved and the Camaro was locked in the garage for 13 years.

This powerplant runs on 93 octane pump gas and produces 850 horsepower and the same amount of torque. The last few years Kyle has done pretty much all the work to the 1977 Chevy Camaro himself. He enjoys the beefy muscle car on the streets, does a bit of street legal heads up racing, takes it to car events, but as you can see in the video he was unfortunate to blow up the rear end.

Kyle told us that he is thinking of fixing the beast Big Block 632 Chevy Camaro and taking it to Drag Week as this was something he has always wanted.

We wish him good luck and are crossing our fingers since it will be a real treat to  watch this bad to the bone muscle car back on track.