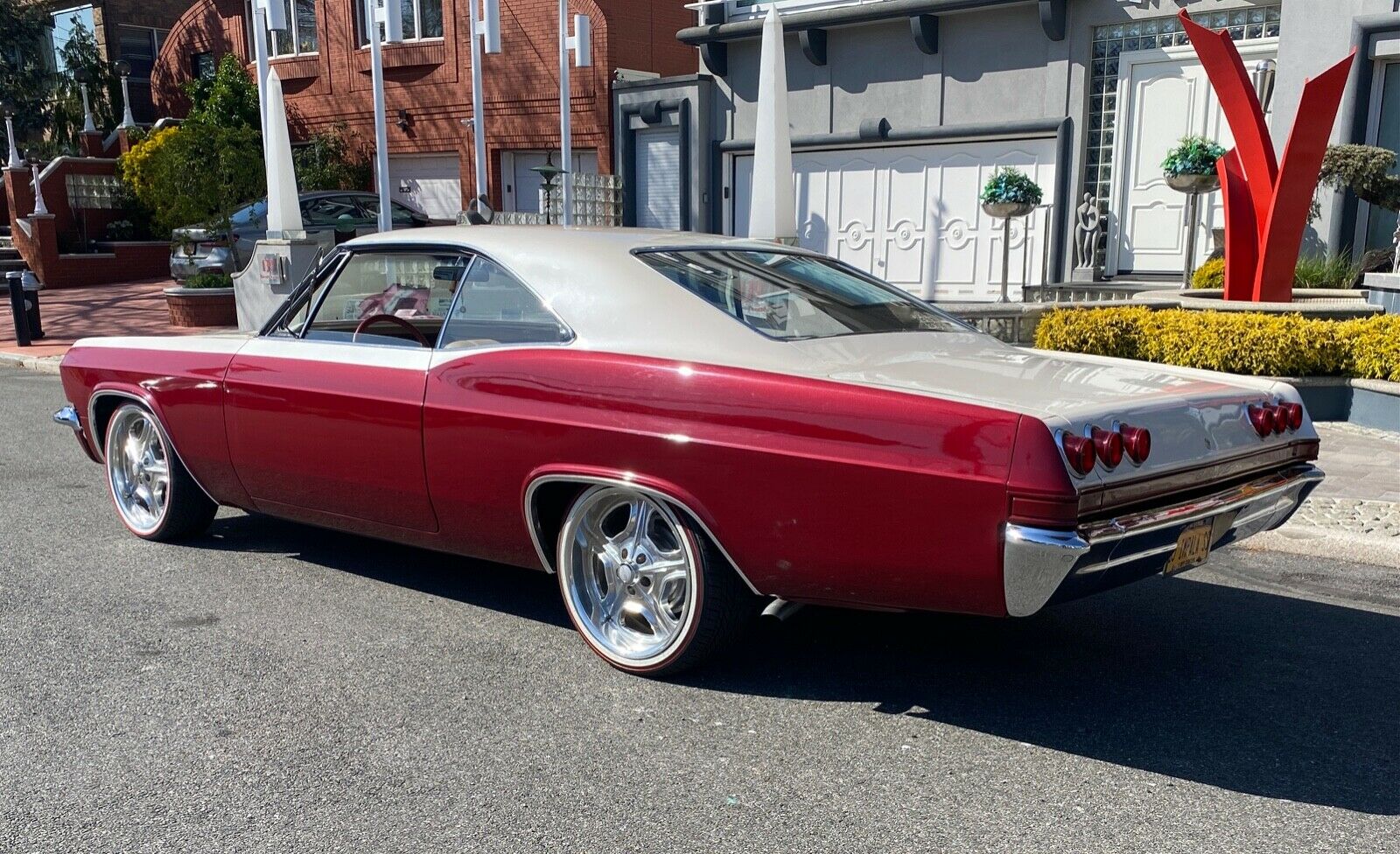 The 1965 Impala itself is a model that literally made history, as it managed to set a new record in terms of sales in its domestic market.

This 1965 Impala SS provides us with a closer look at what the Super Sport treatment was all about, though as anyone can guess after checking out the photos in the gallery, it has already lost its all-original magic.

As part of a restoration that has already been completed a few years ago, the Impala ended up getting several modern goodies, including a new paint that still looks beautiful. The only thing that needs to be fixed is one chip on the upper rear quarter.

Powered by a small-block obviously running properly, this Impala still retains some of the original parts that were fitted on the 1965 Impala SS, including the air condition system.

With just 5,000 miles on the clock (that’s about 8,000 km for our European readers), since the restoration process was completed, obviously, this Impala feels just like a new car, and in many ways, its place isn’t necessarily on the street but in someone’s collection.