The Dukes of Hazzard’s Dodge Charger ‘The General Lee’ vs. Starsky and Hutch’s Ford Gran Torino 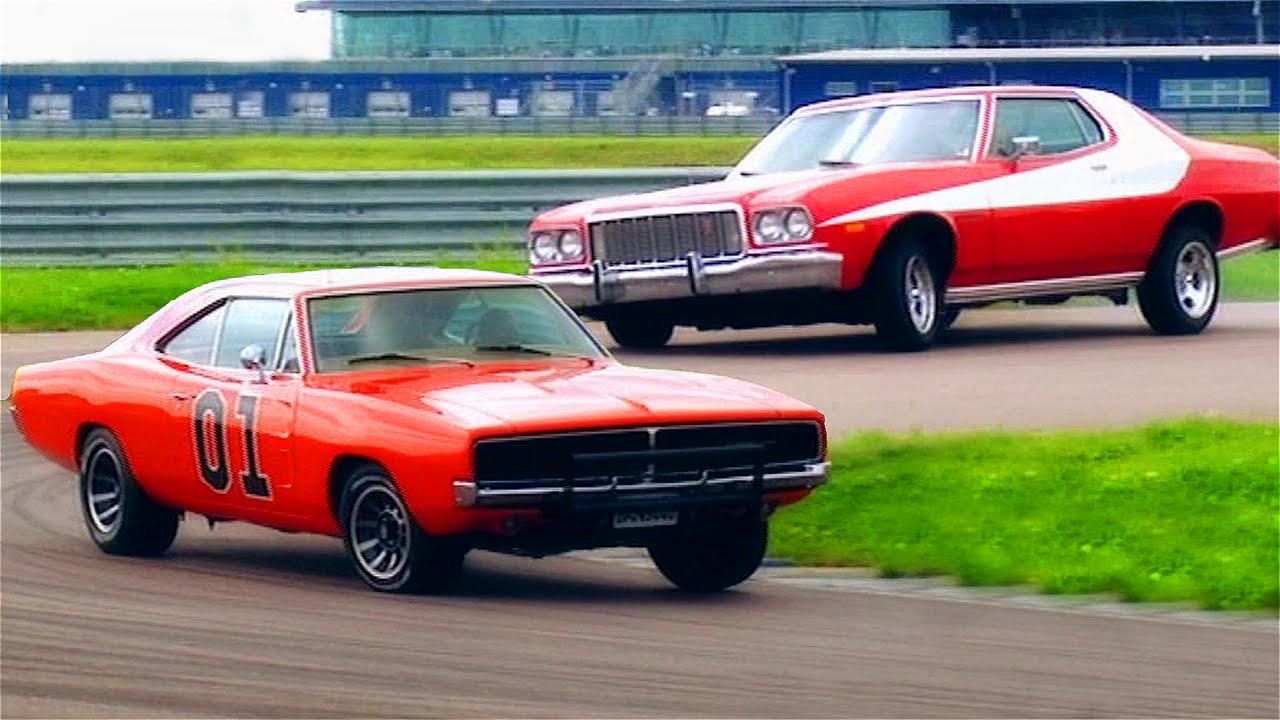 Two famous TV Cars have been a part of the movies the Dukes of Hazzard and Starsky & Hutch. These car names are General Lee and the Striped Tomato.

The General Lee car is a 1969 Dodge Charger owned by the Bo and Luke Duke cousins in the movie Dukes of Hazzard. This car is unique and mostly known for its welded shut doors and signature Horn – the Dixie Song, well, the first 12 notes of it. But it also grabbed the attention of the viewers because this race car knows how to make a police car chase exciting and also for it long jump stunts.

The General Lee car named after the American Civil War Gen. Robert E. Lee. And has a roof painted of the Confederate Flag – a variant of the square flag of the real General Lee’s Army of Northern Virginia.

This car has been made famous by the American cop thriller TV series Starsky and Hutch. This particular movie was originally a television Series aired on the ABC Network from April 1975 to May 1979.

The car made famous by this series/movie is the Striped Tomato. It is a two-door Ford Gran Torino colored bright red and its signature white vector stripes on the sides.

Fun Fact? The nickname Striped Tomato is actually from a comment made by one of the two leading stars which are Paul Michael Glaser; the other leading actor was David Soul. He sarcastically remarked that the car looks like a striped tomato, hence the nickname.

But this nickname only started getting famous on the Snowstorm Episode of Starsky and Hutch.

If these two cars were to go on a professional race, to which car would you bet your money on? Remember, both cars were known for their speed – General Lee, for means of escape, and Tomato stripe for chasing the bad guys. Who do you think would win?

Car names are General Lee and the Striped Tomato