Abandoned 1958 Pontiac Chieftain Has Been Sitting for 40 Years, Engine Refuses to Die 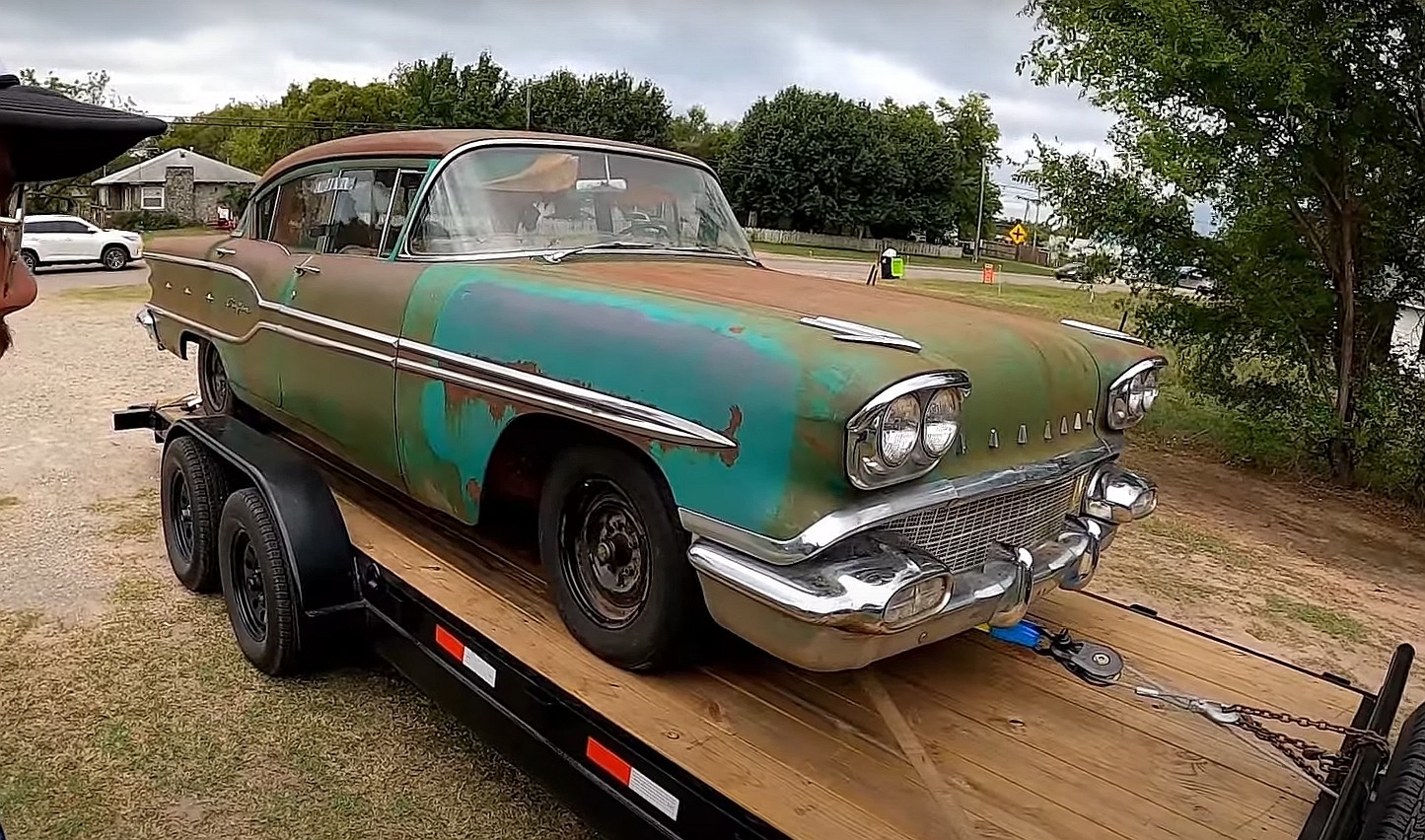 Produced from 1949 to 1958 over three generations, the Chieftain was one of Pontiac’s shortest-lived nameplates. And even though it was overshadowed by its Chevrolet Tri-Five counterparts in the mid-1950s, it’s a somewhat desirable classic in the 21st century. As a result, more and more people are saving them from rotting away in junkyards and barns.

This four-door sedan is one of the lucky ones. Sure, it’s not the more desirable second-gen model that shared underpinnings with the Tri-Five and the Bel Air, but the third-gen version has a few cool feats of its own. For starters, it came with the largest V8 ever offered in a Chieftain. And since it was produced for just one model year, it’s also the rarest of the bunch.

Needless to say, this Chieftain lived a rather rough existence. Parked sometime in the early 1980s, the sedan spent about 40 years off the road. That’s just enough time to turn a classic car into a big pile of junk, but, surprisingly enough, the Chieftain survived the test of time rather well.

Yes, the body is covered in lots of surface rust, but there aren’t all that many holes around the wheel arches and the side skirts. It’s pretty much a solid candidate for a rat rod build. The interior, on the other hand, is in bad shape. The upholstery needs to be replaced, while the headliner is toast, having transformed into strips of fabric that hang around the sides.

But what about the engine? Does it still have what it takes to move this heavy four-door around? Well, the guys who bought this Chieftain discovered signs of a rat’s nest, so I guess that says it all. But the good news is that the rodents didn’t chew through the wires yet, so they had hopes that the V8 would run without major repairs.

If you’re not familiar with the third-gen Chieftain, all of them were fitted with a 370-cubic-inch (6.1-liter) V8. An evolution of the 346-cubic-inch (5.7-liter) mill from 1957, it made 240 or 270 horsepower, depending on carburetor layout. Transmission choices included a three-speed manual and the Super Hydra-Matic auto.

We don’t know how much oomph this V8 generates, but it doesn’t even matter. What’s important is that it eventually agrees to fire up. Not only that, but it also ran well enough to enable the Poncho to take its first drive in four decades.

See it being brought back to life in the video below.