Never Celebrate Early!!! Nissan GTR Driver Get Walked On By a 370Z 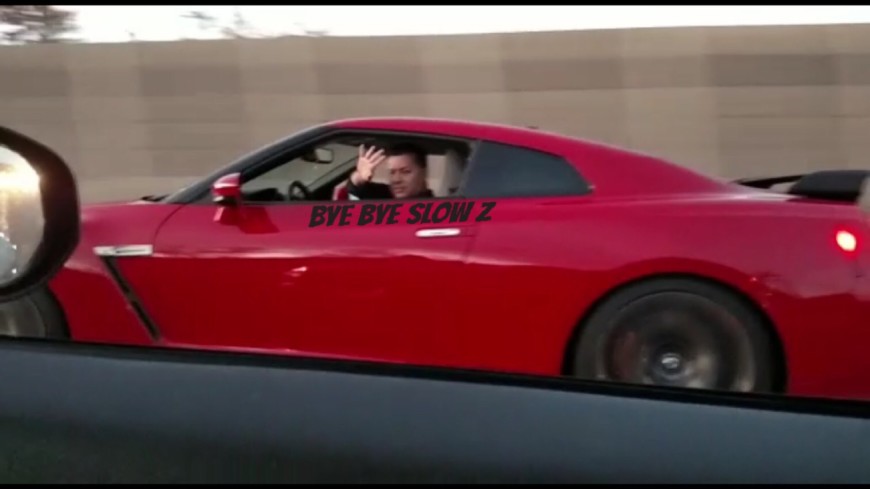 How arrogant can you get behind the wheel of a modified Nissan GT-R? Well, enough to think you can beat everything in sight.

The owner of the red GT-R has plenty of reasons to be one of the smuggest individuals we’ve seen in a long time. For starters, he drives a 700 BHP monster on E85 juice, with upgraded turbos and a Jacks transmission.

But self-righteousness can backfire, especially if driven by ignorance, as you believe there’s no one out there better than you. So, when challenged by a 370Z in a (not quite legal) drag race, the confident GT-R owner responded. He was so confident in his vehicle’s performance that, at some point, waved goodbye to the driver in the 370Z.

Too bad he didn’t even think the 370Z was running on a twin-turbo stage 2 setup, boosted to 14 PSI and boasting 670 BHP with the help of a CJM Fuel System fueled by E85 as well.

Furthermore, taking into account that a 370Z is 275kg lighter than a GT-R, the result can be seen in the video below.