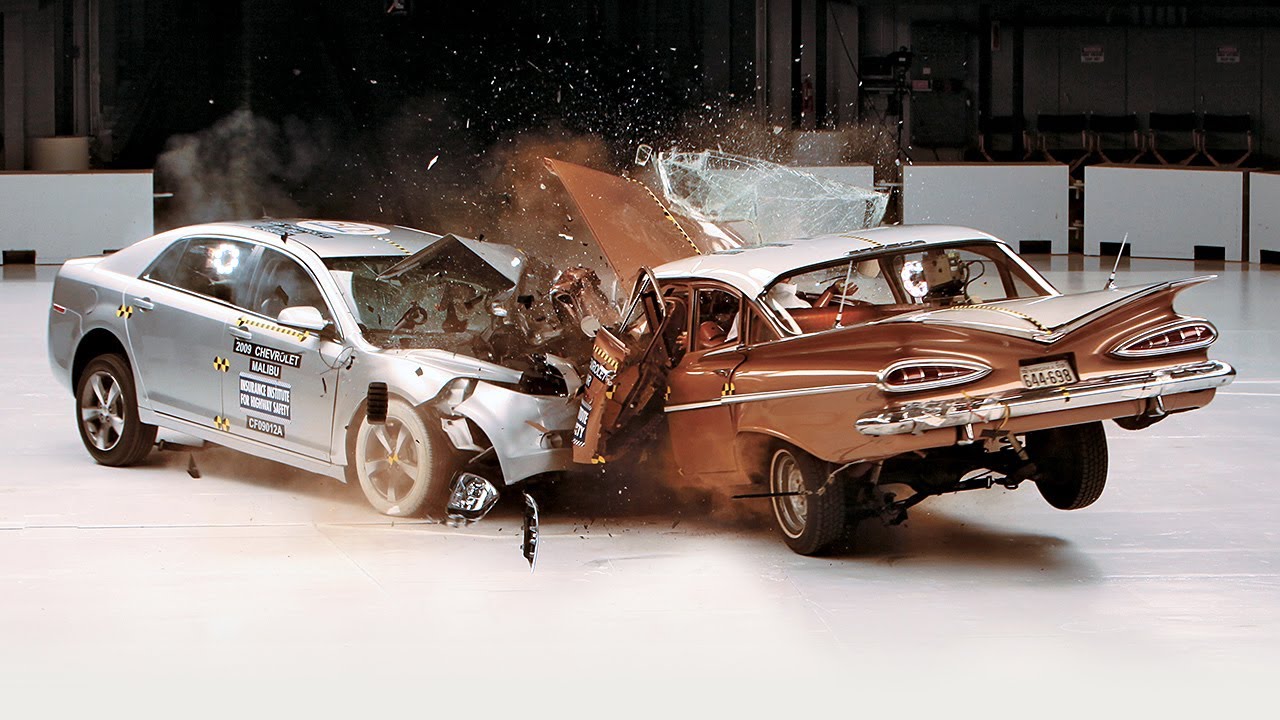 Ever wondered how safe is your car? Well it’s never about how heavy it is or how big it is.

A crash test was made in 2009 by the Insurance Institute for Highway Safety between a 1959 Chevrolet Bel Air and a 2009 Chevy Malibu.

The Malibu here is the much lighter car, but even with that, it still absorbed the impact with its crumple zone much better that the Bel Air which had its front end smash right into the driver. That also shows us how much car safety has improved over 50 years.

”The crash test was conducted at an event to celebrate the contributions of auto insurers to highway safety progress over 50 years. Beginning with the Institute’s 1959 founding, insurers have maintained the resolve, articulated in the 1950s, to “conduct, sponsor, and encourage programs designed to aid in the conservation and preservation of life and property from the hazards of highway accidents.”

Check out the video!