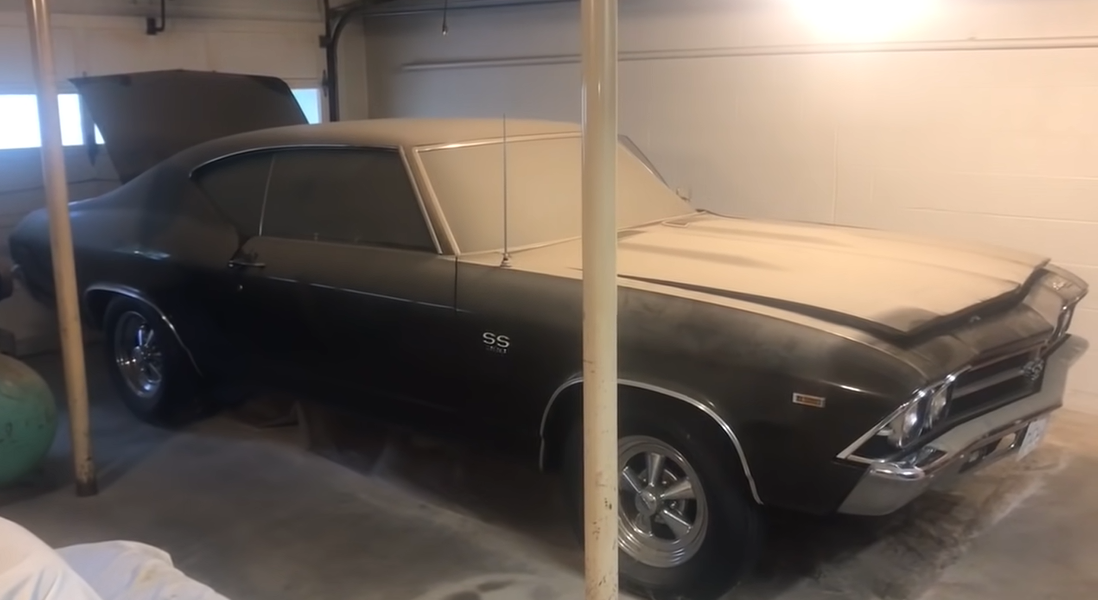 We are all very familiar with all the barn find featured on social media in the last decade an one of the best places in the YouTube channel of Patrick Glenn Nichols.

According to us one of the best stories featured on their channel is about the amazing 1969 Chevelle SS 396 with only 2,200 miles on the clock and produced in few hundreds units.

Every car enthusiast would think this ride is a great treasure to be admired. The original story about special Chevy Chevelle is that is actually a brand new car.

This unbelievable 1 of only 400 ever produced with aluminum cylinder heads. 1969 SS396 L78 L89 Chevelle was recently discovered in its resting spot of nearly 40 years with only 2,200 miles on the odometer.

The car was purchased new in Ohio and then sold to the current owner in 1975. The current owner stored the car in 1981 in its current location and it has never moved. The special Burnished Brown “Root Beer” Chevelle is nearly all original paint and was born with heavy duty Muncie M22 trans and 4.10 positraction.