Touching Story of This 1960 Ford Starliner Which Comes Out of Storage After 50 Years, It’s a Family-Owned Survivor 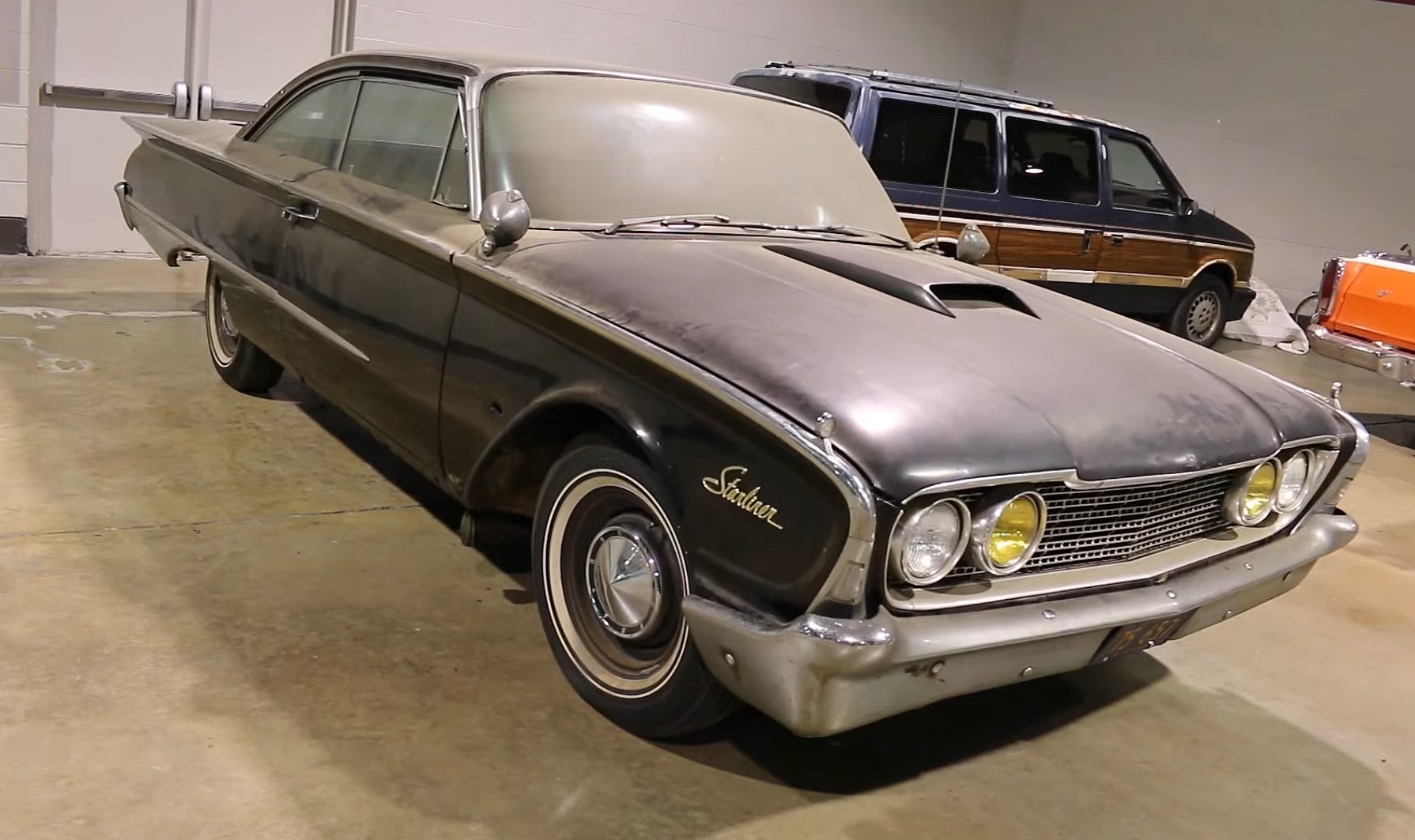 Displayed at the Barn Finds & Hidden Gems section of the Muscle Car & Corvette Nationals event, this 1960 Ford Starliner is not just an amazing survivor, it comes with a touching story as well.

The car has since been taken out of storage and recent footage shows it on display at the Muscle Car and Corvette Nationals. A proud moment for such a valuable survivor.

An extremely rare Ford that many of us might not see in the metal very often, this 1960 Starliner has been in the same family since day one. The story goes that the original owner drove and raced it for about 10 years and retired it from public roads sometime in 1970.

The Starliner remained locked in the garage until the 1990s when the owner passed away. His son took possession of the car but opted to keep it in storage for another two decades. After 51 years of sitting, the Starliner was finally dragged out of its resting place and showcased at the MCACN show in the Barn Finds and Hidden Gems category.

And even though it sat almost unattended for so long, it’s in fantastic condition and doesn’t need a thorough restoration to shine again.

But it’s not just the story that makes this Starline special. It also comes with a 352-cubic-inch (5.8-liter) Hi-Po V8 under the hood. Introduced in mid-1960 with 360 horsepower on tap, it was Ford’s most powerful engine at the time.

Sure, it was superseded by the 375-horsepower, 390-cubic-inch (6.4-liter) Thunderbird V8 in 1961, but the Hi-Po remains a low-production gem. Mostly because it wasn’t advertised accordingly.

There’s no word as to how many were built like this, but they’re hard to come by nowadays.