Mystery LS6 SS454 1970 Chevelle Was Driven Into the Woods and Abandoned! 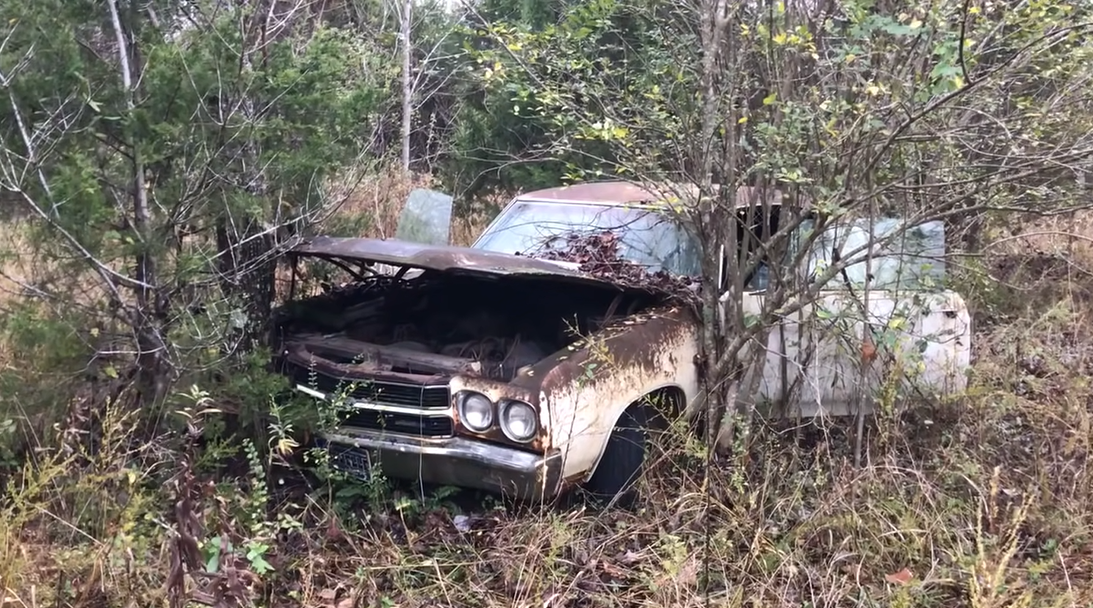 Take a look at this, Mystery LS6 SS454 1970 Chevelle Was Driven Into the Woods and Abandoned!

If cars were conscious, we think that driving them to a place where they are about to be parked for 30 years, to them it might feel like they are taken to dig their own grave, because this is exactly what happened to this this 1970 Chevelle SS454 LS6 which apparently drove to this location under its own power and was just left here to rot since then.

The location of the vehicle is the woods in rural Tenesse but whatever the reason for it is unacceptable since this is a vehicle that has high value even in this condition and the least that the owner can do is park it in a garage, we understand not wanting to sell it and not having the founds to bring is back to its former glory but don’t just abandon it, put a roof over its head.

Patrick’s note: ”KING OF THE MUSCLE CARS FOUND RUSTING AWAY IN THE WOODS!!! I found this 1970 Chevelle SS454 LS6 rotting away totally intact in the woods in rural Tennessee. The car appears to have been driven to this spot and abandoned over 30 years”

Check out this amazing classic muscle car left to fight mother nature in a losing battle in the video bellow: