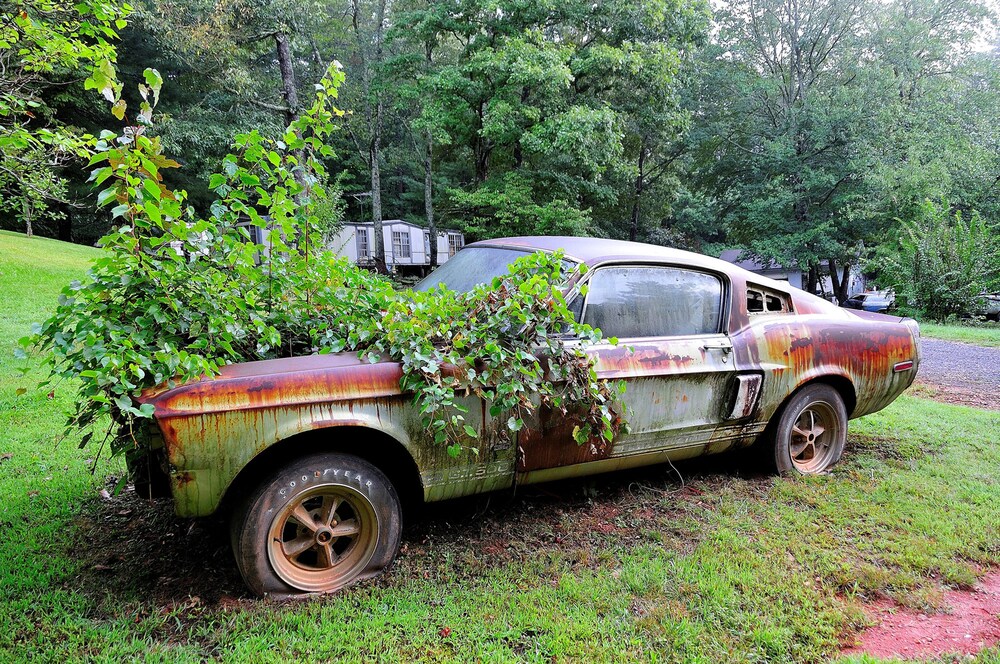 The well-known and also legendary 1967 Ford Mustang Shelby GT500 fastback or Eleanor from Gone in 60 Seconds.

However, this one is not even close to being compared with a muscle car that can be driven somewhere, anywhere or that can be restored at some point. According to Hot Rod, this yard art piece is situated in Georgia.

A closer look at the interior during the photo shoot from (motortrend.com) revealed many genuine Ford Motor Company parts in their original wrappers sitting on the front and rear floorboards. The front and rear seats were gone as was the hood.

The driver and passenger-side doors appeared to be repaired earlier at some time after the current owner had purchased it. I was further amazed to see a 427 cubic-inch engine block with a crank and camshaft resting on the driver’s side floorpan surrounded by a set of pistons and other engine parts for the Shelby.