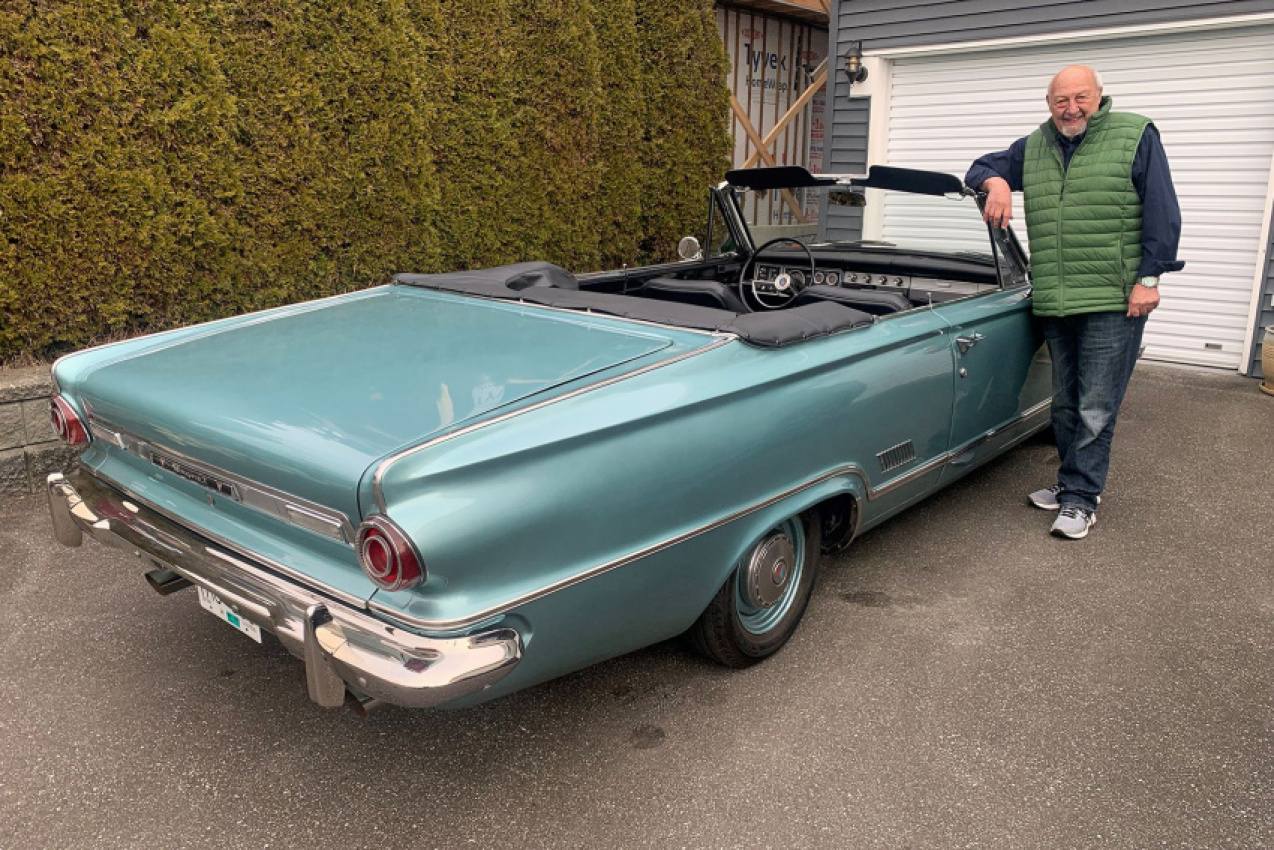 George Cook doesn’t have to drive far to cruise the seaside strip in fair weather through White Rock, an hour south of Vancouver. His home is a converted summer cottage dating from the Forties and is just a few car lengths from the main promenade where the classic cars drive past the famous century-old White Rock pier.

Cook has been dropping the top on his sea green Plymouth Valiant since driving it off the lot as a new car in the spring of 1964. The young grocery store clerk had taken his English-built 1959 Singer Gazelle to a local gas station for service when the friendly mechanic told him the car needed a lot of work that Cook wouldn’t be able to afford.

“Take a drive down Kingsway, find another car and buy it,” the mechanic advised. In those days, new and used car dealerships lined The Kingsway from Vancouver through Burnaby and into New Westminster.

Cook drove eight blocks toward downtown Vancouver where he saw a new white Plymouth Valiant convertible on the lot at Johnston Motors, a Chrysler dealership at Kingsway and Broadway.

“I really liked the lines of the car, but I didn’t want a white car,” he recalls. The salesman said that wouldn’t be a problem because there was a green convertible available at the Lawson Oates dealership just a few blocks down Broadway.

“They brought the car over while I waited. I liked it right away and the V8 engine was really desirable,” Cook says. He had to pay extra for the V8 engine, bucket seats, seat belts, a passenger side mirror and the optional bumperettes.

Cook’s car cost approximately $3,000. He traded in the Singer Gazelle convertible and got a bank loan for the balance. The purchase would set in motion a love affair now spread over 59 years with no end in sight. Cook courted his late wife in the Valiant convertible, it was his wedding car, and it brought his sons home from the hospital, the same sons who would learn to drive in the car and use it into their 20s.

“We took a trip to Expo 67 in Montreal with my brother and his wife,” Cook recalls of the first trip with the Valiant. “We pulled a tent trailer all the way and camped out. We drove to New York, Toronto, north to the Muskoka cottage country and back to Vancouver.”

Cook says the car has also made trips to Edmonton and San Diego and every place in between. Now the Valiant shows more than 300,000 miles on the odometer.

By 2003, the Valiant convertible was showing its age so Cook put it away in his garage where it would hibernate for the next 10 years. But the car tugged at his heart strings, so he committed it to a full professional restoration in 2016. The restoration took three years with a mechanical rebuild, body repair and new paint along with a new interior and convertible top.

The results brought the Plymouth Valiant back to new condition and took George back all those years to when, as a 22-year-old, he drove his new convertible off the car lot to carry him forward on his life’s journey.

“I’ve had great trips in the car and plan a few more around B.C. with my lady friend,” the 81-year-old says, adding he is looking forward to more top-down cruising along the beach in White Rock.

Over the years, Cook has turned down many offers from people wanting to buy the car. “I like old things and always liked the car, so I kept it,” he says.

Recently, he took steps to ensure the car remains in his family and it is promised to his grandson.