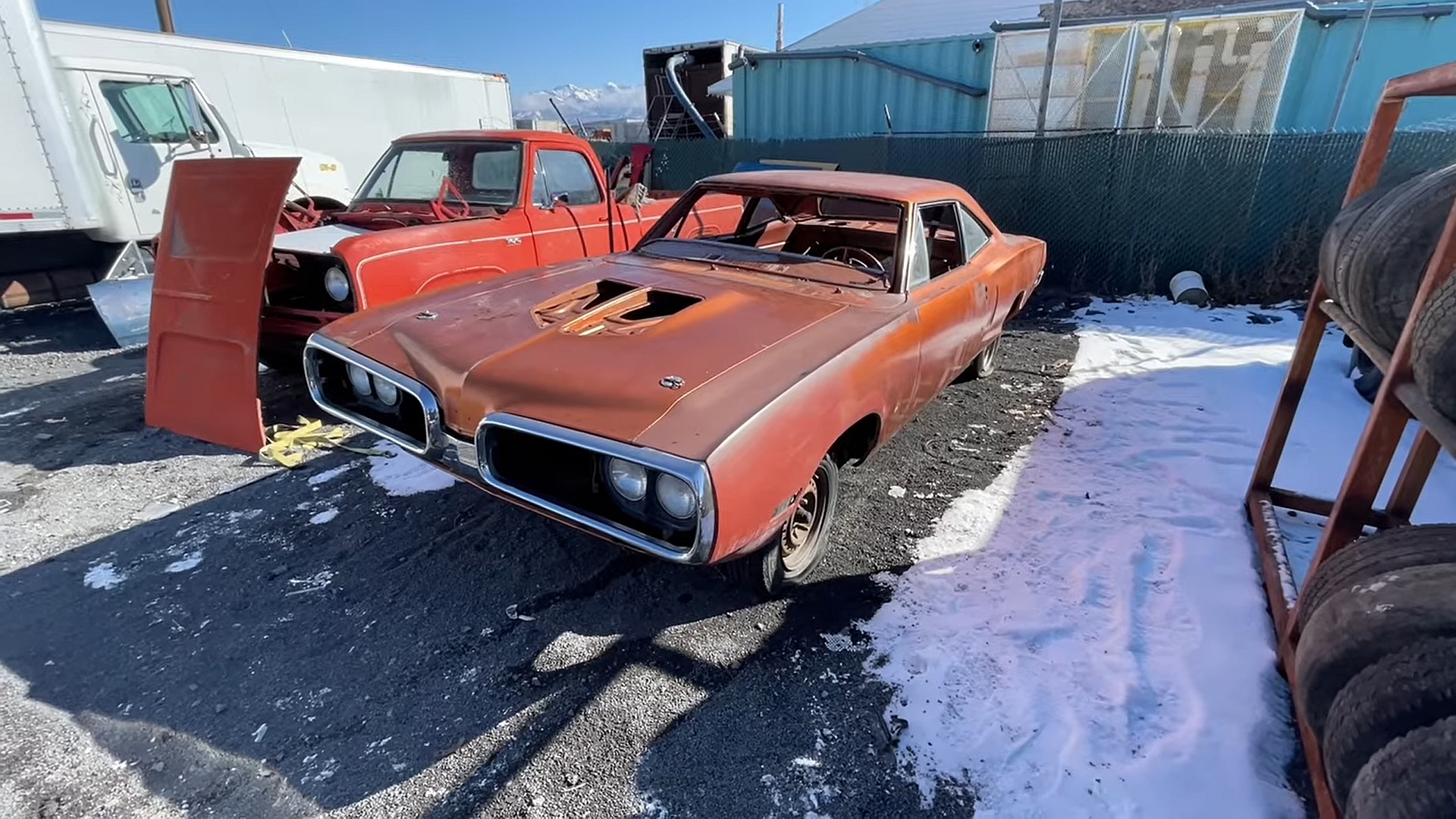 The Hemi-equipped Super Bee is obviously the rarest of them all, with fewer than 500 built over four model years. But 440-equipped cars are also scarce.

Discovered by YouTube’s “Shade Tree Vintage Auto,” this Super Bee was forgotten alongside a couple more vintage Mopars behind a shop. It’s in rough shape, but it’s mostly complete and it looks far better than its sibling. And it still sports its original paint.

But don’t let the Burnt Orange appearance fool you. That’s actually the Go Mango hue after several years in the sun. The interior, on the other hand, appears to be of the Burnt Orange variety, which means that this Super Bee also showcases a rare color combo.

It seems that the Super Bee no longer has its original engine and gearbox, but the good news is that it already has a new owner that wants to restore it and put it back on the road.