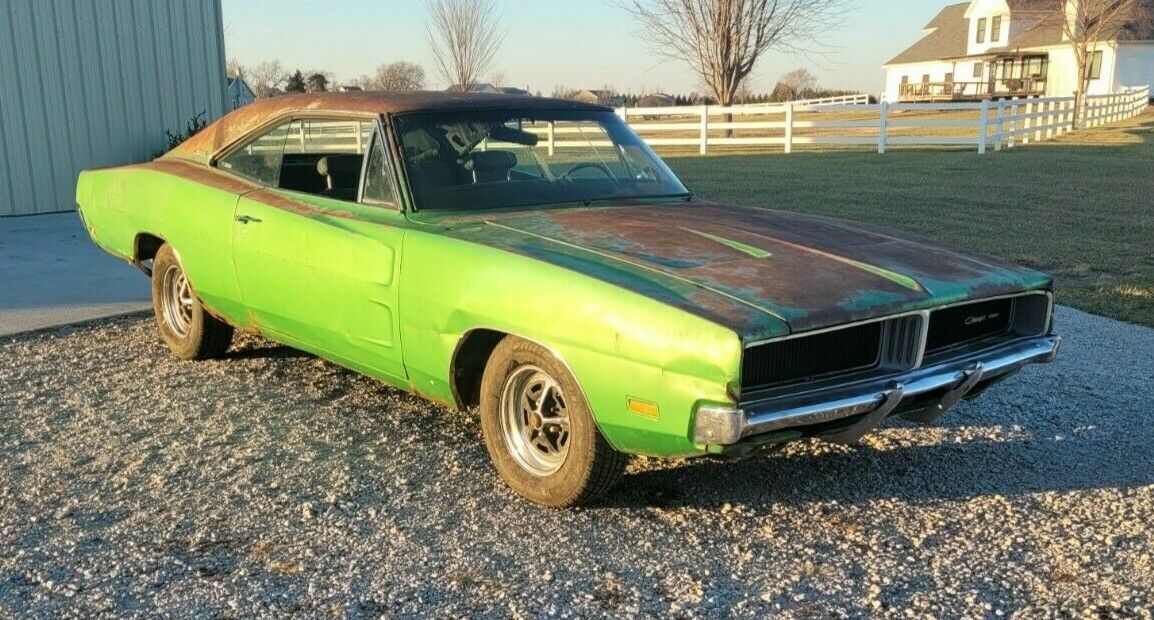 The late 1960s was a great era for muscle cars. And not only in terms of performance.

Dodge, for instance, offered a “White Hat Special” package that included a vinyl top in white. This 1969 Charger used to have one.

If you’re not familiar with this package, Dodge offered it on various cars in the late 1960s, including the Coronet, Dart, and Polara. Part of the “Dodge Fever” marketing campaign, it was essentially a selection of design options bundled at a discounted price.

On the Charger, it included hood-mounted turn signals, the Light group, white-wall tires, deep-dish wheel covers, and a wood-grained steering wheel. Dodge also offered a choice of vinyl top finishes in white, tan, or green in addition to the regular black.

This muscle car comes with all of the above save for the white top, which might have been removed at some point. In addition, it comes with factory A/C. But it does have some issues, including rusty floor and trunk pans that need to be replaced. The rockers and lower quarter panels also need to go. The same goes for the seats, which for some reason, have massive holes in them.

Under the hood, this Charger sports a 383-cubic-inch (6.3-liter) V8. It’s not a numbers-matching unit, but it seems to be a period-correct mill. Since it’s a four-barrel version, it should crank out 330 horsepower. It still turns over, but it will probably need a rebuild.

You can also check out a cool “White Hat Special” commercial in the video below.