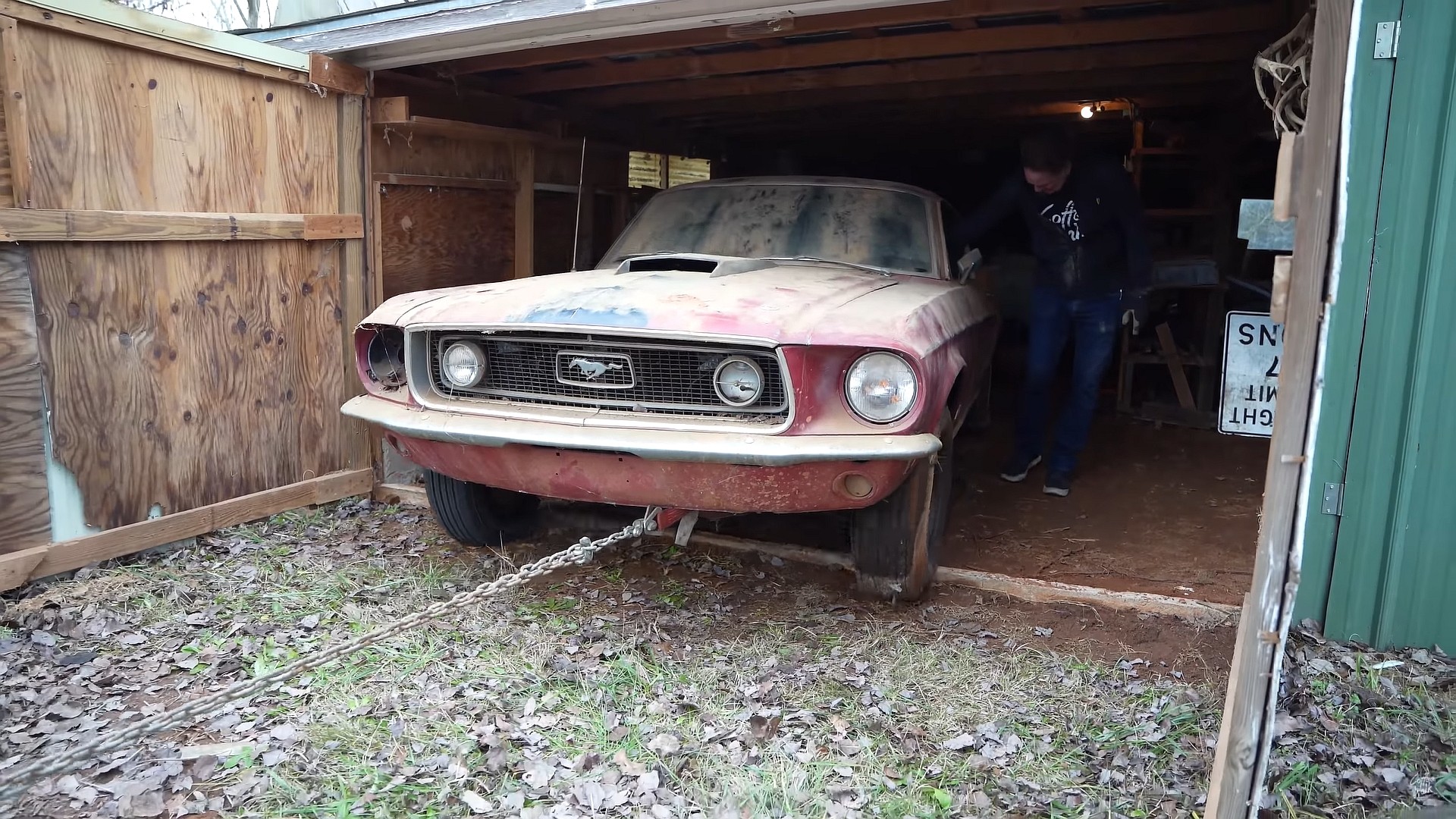 The first-generation Ford Mustang was incredibly popular in its first years on the market, and remained a high-seller through the early 1970s.

With almost three million units sold from 1964 to 1973, it’s far from surprising that the first-gen pony is also a popular barn and junkyard find nowadays.

Of course, scrapyards are usually populated by mundane Mustangs with not-so-special engines and specs, but some barns still hide rare examples that have developed into sought-after collectibles over the years. This 1968.5 ‘Stang that was recently unearthed in rural LaGrange, Georgia is one of them.

Located and brought into the light by classic car expert Dennis Collins, this Mustang is a rare R-code muscle car. And I’m not talking about the Boss 351 R-code from 1971, this one’s a mid-1968 drag racer fitted with the mighty 428-cubic-inch (7.0-liter) Cobra Jet engine.

The fact that this R-code still comes with a number-matching mill is definitely a big deal, even though it hasn’t been driven since 1994, so it’s an authentic barn find that’s been sitting for almost 30 years as of 2022.

The video below not only documents Dennis bringing the Mustang back into the light after 28 years and hauling it away for a better fate, but it also captures his effort to authenticate its original R-Code status.

It also includes cutaways from his shop with the removal of the fenders for access to hidden VIN details and a lot of talk about the R-code’s history and its connection to Bob Tasca.

He also explains why these R-Code cars were the original “King of the Road” Mustangs. You may know that name from the Shelby GT500, but it turns out Carroll borrowed the name from Bob, a close friend at the time.

Meanwhile, let’s watch it come out of the barn after three decades in the video below.