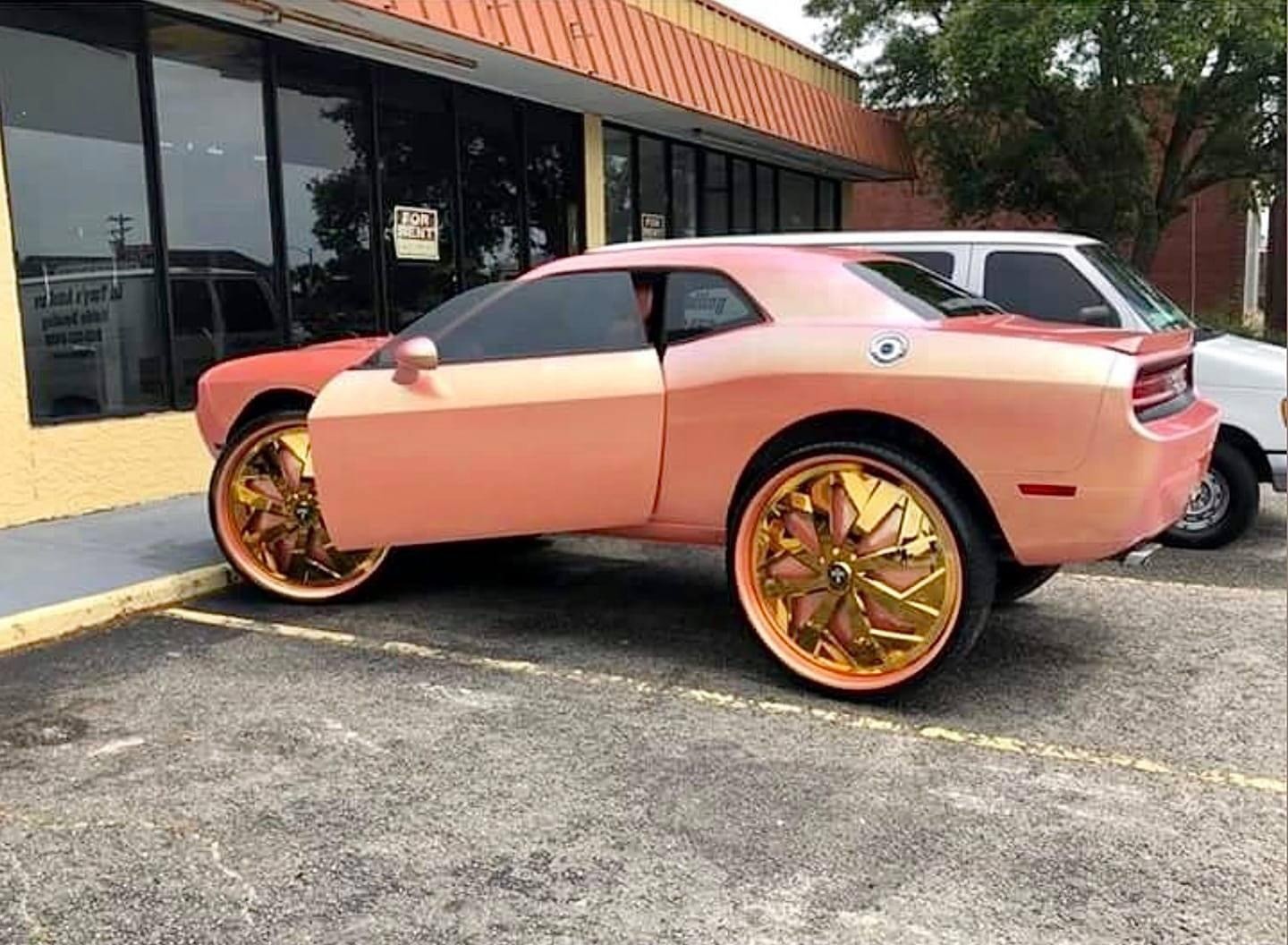 As much as we want GTA V to be yesterday’s news, the sixth game of the popular franchise is still some three years away. But what does that actually have to do with this particular Dodge Challenger?

Nothing at all, but GTA V was the first thing that came to mind when seeing it. And truth be told, it does look like something that a kid would drive in the open-world game, shouting words through the mic that he would be grounded for by the adults in his life.

Now, enough ignoring the elephant in the room, as this is the part in which we start telling you about the mods. And the most in-your-face one is definitely the door conversion, as the hinges were moved from the A to the B pillars. We’re definitely curious to see how the suicide doors actually work, so a picture showing the cards would have been nice.

However, this is the only image of the car that we could find, on Reddit, with no background information whatsoever, other than some Florida references. Does that mean that it was spotted in that state? Maybe, though we wouldn’t bet on it, as similarly tuned cars, bar the suicide doors obviously, are not that rare in the U.S. of A.

In addition to the Rolls-Royce-wannabe mod, this Dodge Challenger sits on oversized wheels that appear to be around 30 inches or so in diameter, finished in gold, and salmon pink. The latter shade is another defining trait of this controversial project, as it can be seen on all body panels, from bumper to bumper.

Rounding off the changes, from what we can see, are the privacy windows, sticker on the rear windscreen, shiny exhaust tips, and aftermarket fuel filler cap. A custom interior and perhaps a serious audio system might be on deck as well.