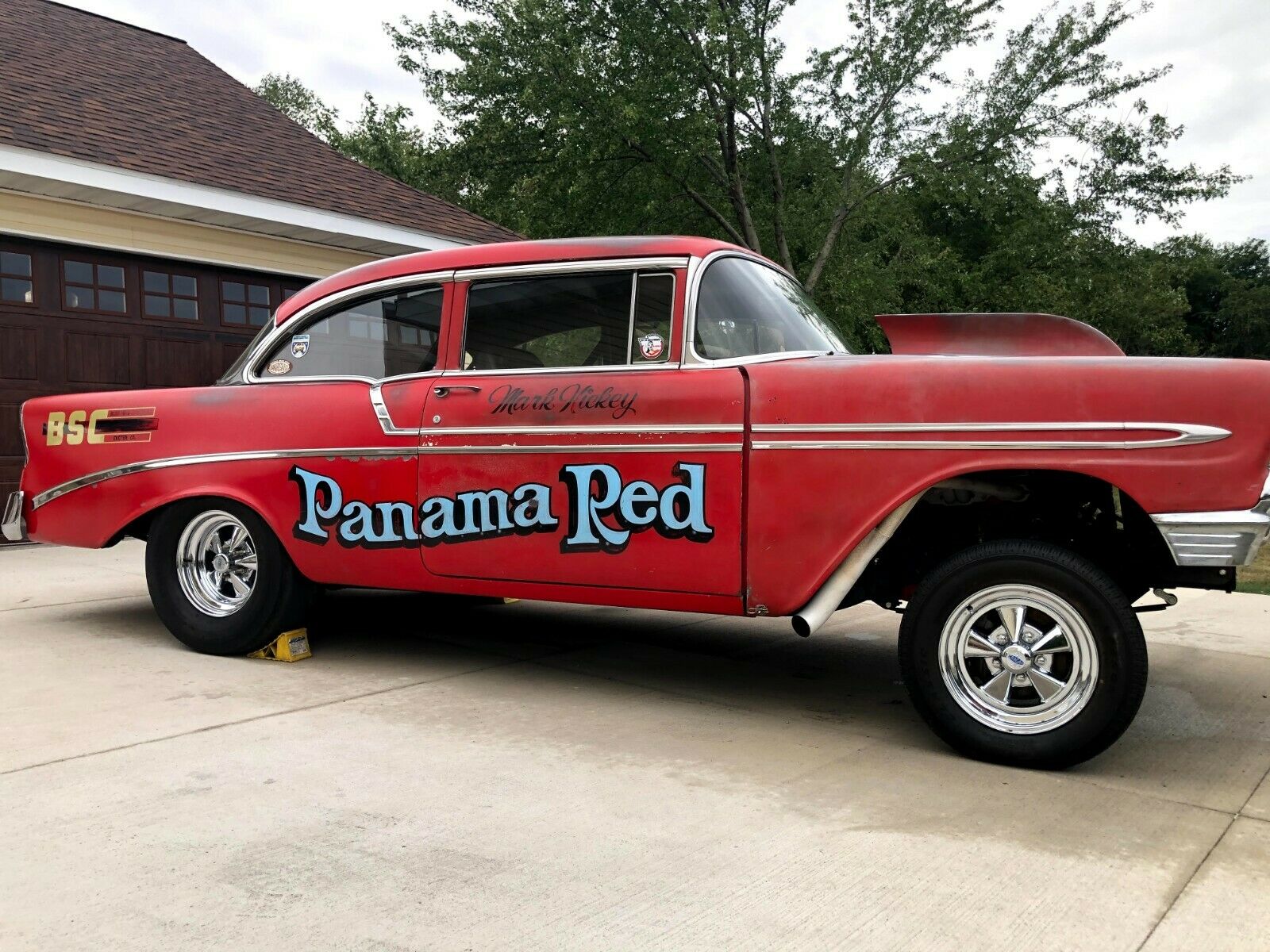 A design icon of the 1950s, the Tri-Five-based Chevrolet Bel Air is a valuable classic nowadays

But here’s something you don’t see every day: a Bel Air gasser that spent decades at the drag strip, and it’s still in one piece in 2022.

This race-ready 1956 Bel Air goes by the name “Panama Red.” It started life as a regular production model in Ohio and spent its first five years in the Los Angeles area as a family car.

Taken off the streets by local drag racers known as the Childers Brothers, the Bel Air was stripped off of its turquoise and white paint job and finished in the red hue that it’s still wearing today.

Originally raced at Lions Drag Strip and Orange County until the late 1970s, it was sold to California-based racer Bob Knudsen. The Bel Air became a regular at Famoso Raceway until 1981. The gasser changed owners several times since then and spent its recent years in Panora, Iowa. While it was retired from racing, “Panama Red” attended random car shows.

“Panama Red” draws juice from a 355-cubic-inch (5.8-liter) Chevy small-block V8 with a 10:1 compression ratio and race-spec components of the Edelbrock, Holley, and Mallory variety. The mill mates to a Borg-Warner T-10 gearbox and McLeod Racing flywheel and clutch.

The rear end is an early Pontiac unit with a 5:86 ratio and still packs the original leaf springs and ladder bars. Up front, it has a straight axle and disc brakes, both of which were added sometime in the 1980s. The seller says the car “starts, drives, stops and idles just fine” and that “she’ll put you back in the seat and turn you sideways” when you hit the gas.

The gasser also comes with a ton of documentation, including a title from 1961, time slips from Famoso Raceway, photos from the late 1970s, and a single driver seat claimed to be the original unit it was raced with.