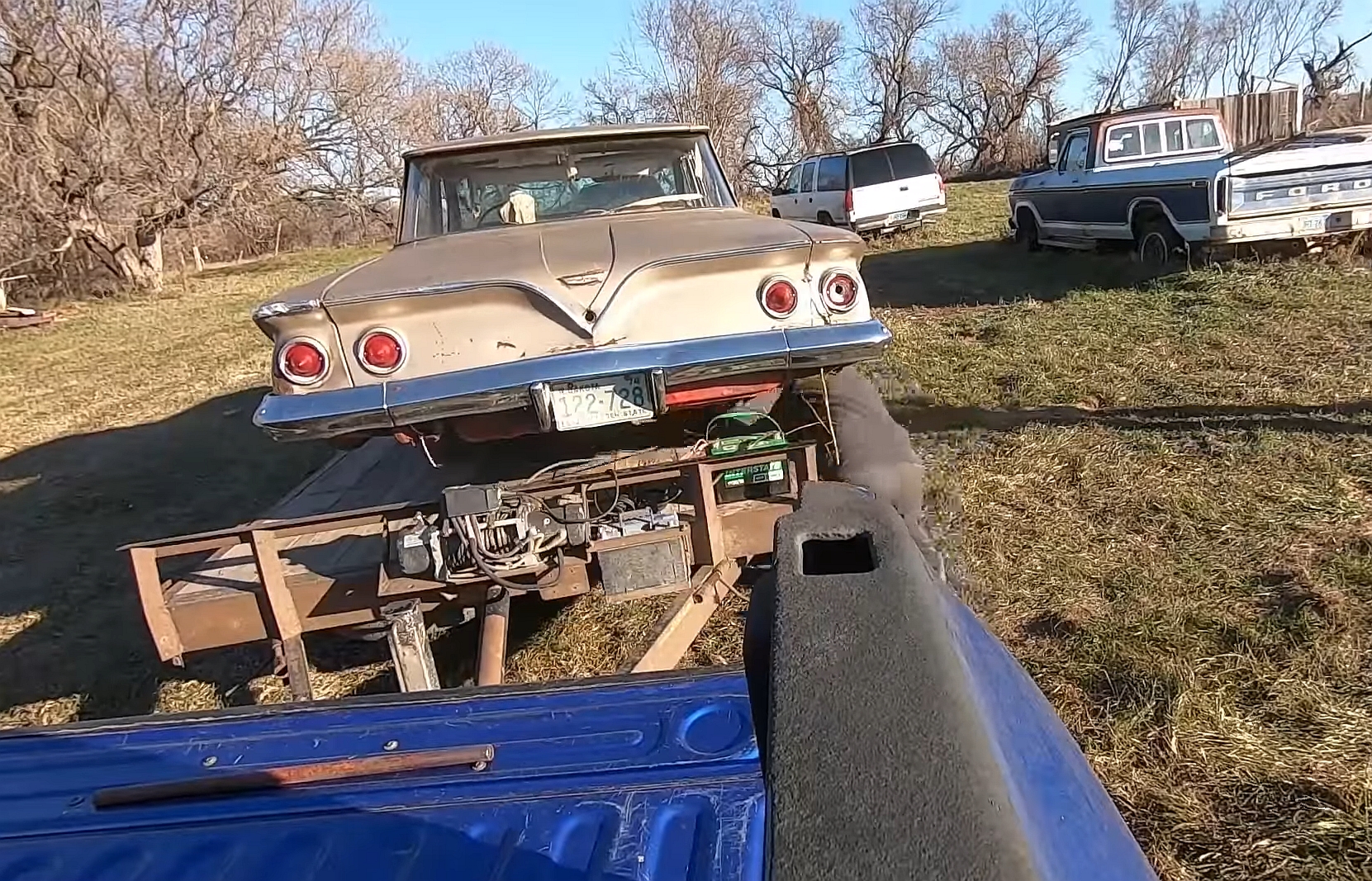 Introduced in 1950 as the two-door hardtop version of the Chevrolet model range, the Bel Air morphed into a luxury trim from 1955 to 1957, when it became a design iconic.

From 1958 onward, it was integrated into the Impala lineup.

It’s a sad fate for such a beautiful classic to have, but this isn’t the only 1960s Chevy that’s been retired early and then abandoned.But there is some good news in this story, as YouTube’s “Mortske Repair” dragged it away from its resting place, fixed the engine, and put it back on the road.

As you might have already guessed, getting the old mill running again was difficult. Engines get stuck after sitting for so long and it’s usually a matter of luck to fix it without a complete rebuild. So what’s this Bel Air hiding under the hood? Well, it’s not one of the many V8s that Chevy offered in the early 1960s. This four-door gets its juice from an inline-six Blue Flame.

Granted, it was far from powerful compared to the even the small-block V8s of the era, but it’s still an iconic engine. Introduced as early as 1941 in 235-cubic-inch (3.9-liter) form, it was made famous by the first-generation Chevy Corvette.

The six-cylinder soldiered on until 1962, but the Blue Flame was dropped after the 1958 model year. It was called the Hi-Thrift in passenger cars and the Thriftmaster in trucks. Regardless of the name, the inline-six in this Bel Air eventually came back to life and had enough oomph to push the four-door for a drive around the block.

Mortske Repair: ”I picked up this 1961 Chevrolet BelAir 4 door post this summer at a garage sale. It took me a few months to get it home but lets see if we can get this thing to run!! Story goes, an old bachelor had this thing for many years and the gentleman I got it from purchased it from his estate but never did anything with it in the 20 years he had it. It was last licensed in 1974! Let’s see if we can get this 235 inline six to breathe fire again! This 1961 sedan along with the other 4 door hardtop have been sold!”