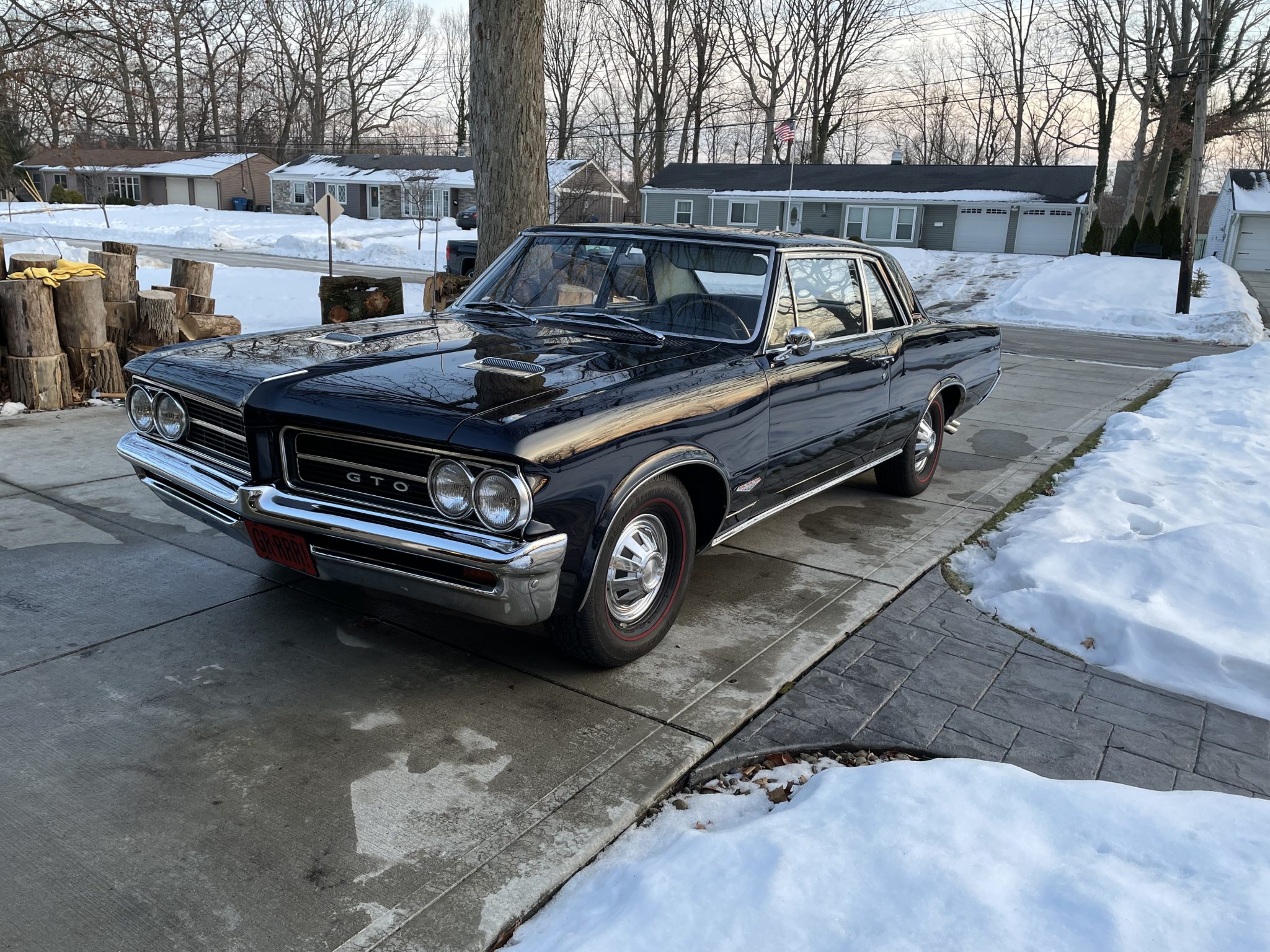 First-Year GTO Hides a Famous Engine Under the Hood

When Pontiac introduced the GTO package for the LeMans, many people thought that the car would be a total loss for the brand. Still, despite all odds, it was a hit, and more than 32,000 GTOs were sold in the first year. This is one of them.

With increased interest in muscle cars, Pontiac was eager to expand its lineup and offered a unique package for the second generation of the Pontiac LeMans. John DeLorean had the idea to name it “GTO.”

He was inspired by Ferrari 250 GTO and comes from “Gran Turismo Omologato.” It stood for vehicles built for long travels but with a racing pedigree. At the end of 1964, Pontiac sold more than 24,000 with the 389 engine fed by 4bbl carburetors, and only 7,384 were coupes.

The car that you see here is more than just another 1964 model-year GTO. It originally came with the Nocturne Blue color, which was refreshed under previous ownership. Judging from the outside, this car might not tell too many things.

It is a coupe, all right, with all the chromed parts and nice finishes, but the dual double side exhaust should raise at least one eyebrow of “wait a minute…” Those two hood-scoops might be there for a reason.

Inside, the dark blue vinyl upholstery covers the front bucket seats and the rear bench. Since no special equipment is shown, we might consider this a true sleeper. On the dashboard, the aluminum panel hosts a Vintage Air climate controller and on the lower part a push-button Delco radio. Nothing special here, too.

But the magic happens under the hood, where there is a replacement 421 cid fed by triple Rochester carburetors. Even though the owner didn’t say how much power the Tri-Power offers, some builds in the past pumped this V8 close to 473 horses and almost 500 lb-ft (678 Nm) of torque.

All this earth-moving grunt is sent to the rear wheels via a four-speed manual. Moreover, the Ohio title accompanying the car states, “Exceeds Mechanical Limits.”

The 421 was introduced by Pontiac in 1961, and it was a bored and stroked 389. It was feared by anyone who had anything else under the hood.