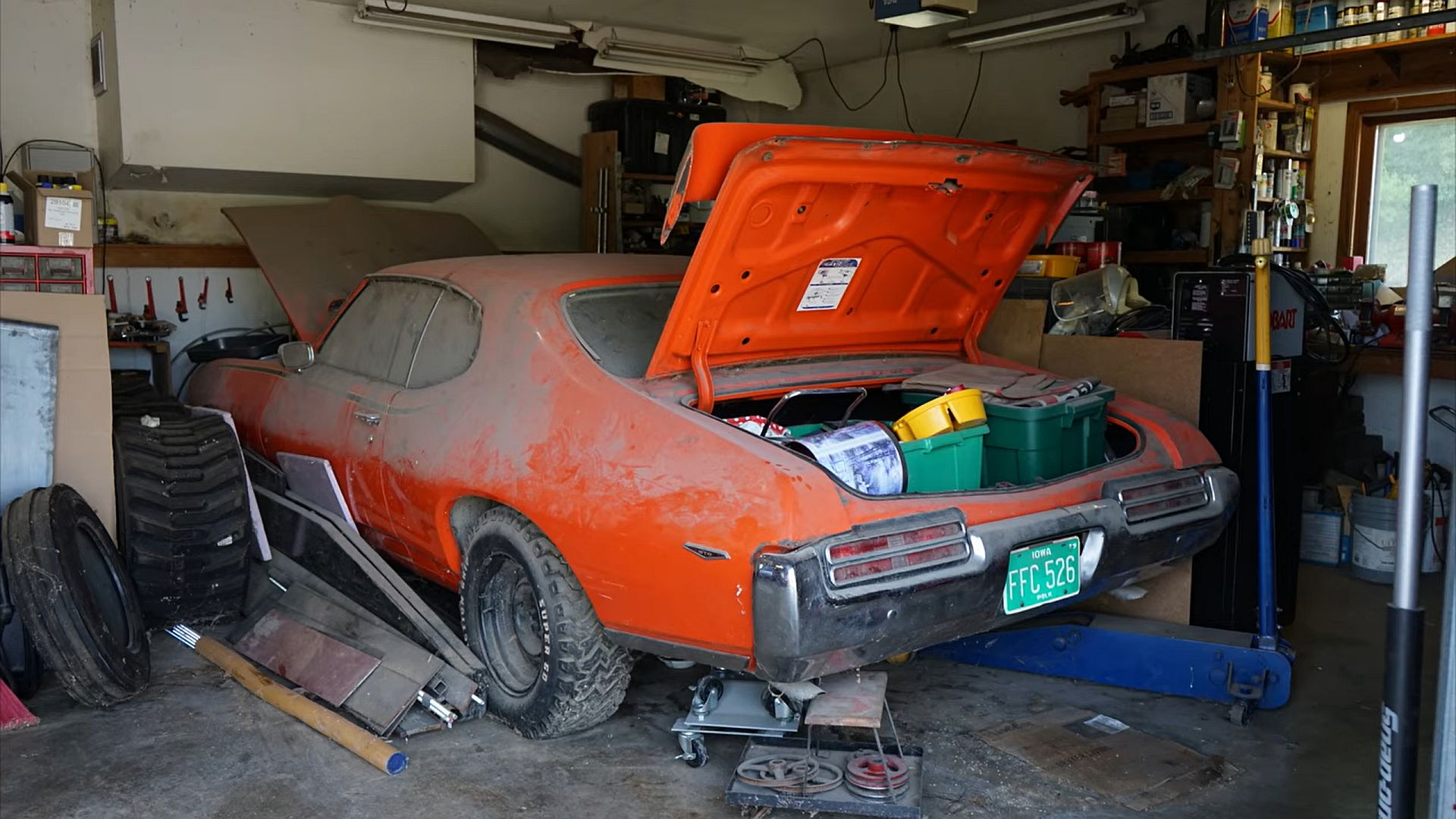 The GTO was actually introduced as an optional package for the Pontiac LeMans and didn’t become a separate model until 1966. In 1969, one year after the GTO was redesigned, Pontiac introduced The Judge, which went on to become the most iconic iteration of the nameplate.

You won’t find many survivors that haven’t been restored out there, but there’s at least one GTO Judge that’s still with its original owner, untouched and unmolested. The car was recently uncovered by YouTube’s “Auto Archaeology” and it’s the very definition of a time capsule.

Amazingly enough, the GTO is still with the original owner, who purchased it in 1969 while also trading in his 1966 Pontiac. The car is finished in the gorgeous Carousel Red, the only color the GTO Judge was available in over the first few months on the market.

In case you’re wondering why the orange body is covered in dust, it’s because the owner hasn’t driven this Poncho for 41 years. He used it as a family car for a few years and parked it in his garage back in 1980.

This Judge is a numbers-matching original. The mill is a 6.6-liter 400 Ram Air V8 rated at 366 horsepower and it mates to a four-speed manual for row-your-won fun. And it still has the famous Pontiac hood tach and the hockey stick-style stripes running along the front fenders and doors.