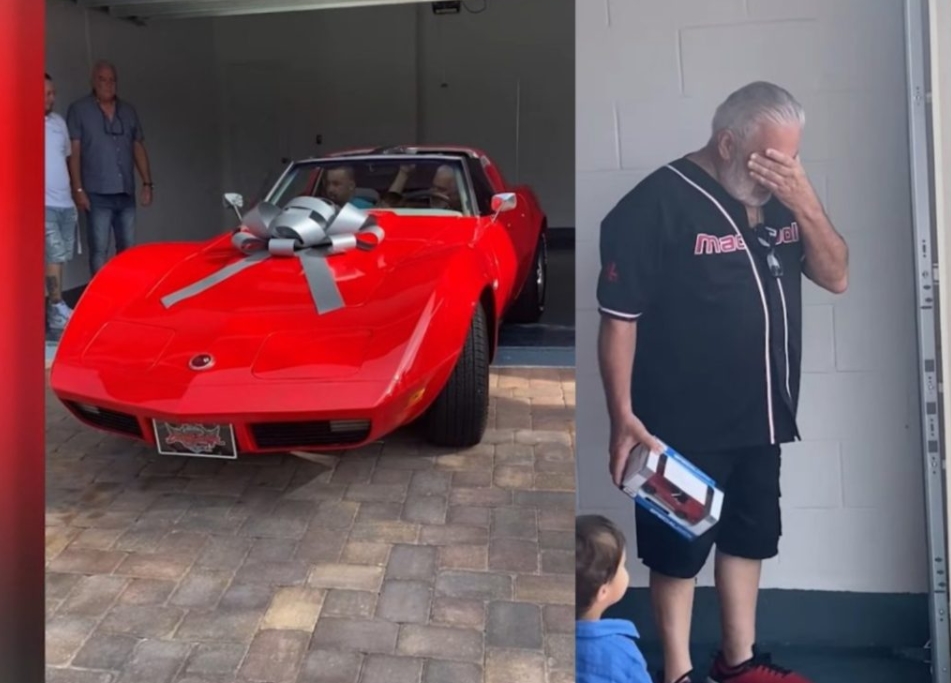 Honoring family and paternal bonds is an important aspect of our social life. And things get even better when entire generations take part in the celebrations.

When it was time for another Father’s Day celebration, a toy car model of the Corvette was probably already a tradition. But notice how the two men (son is also called Miguel) pose for the audience and hug in front of a garage door. Well, you know where this is leading to.

Not Miguel Sr., though, judging by his emotional reaction. As the garage door started to rise, he was probably startled by the noise… only to find out that inside was a C3 Corvette.

In full crimson attire and complete with a silver present ribbon. Frankly, anyone in his place would probably burst into tears as well, and there’s nothing wrong with it.

So, what else was left to do, aside from hugging everyone around him? A quick inspection alongside the grandson, of course. Followed by a first ride in the dream red Corvette, which is handled semi-properly.

We say that because we noticed the T-top panels were taken off, but the ribbon remained in place… and might obstruct forward vision during the joyride!