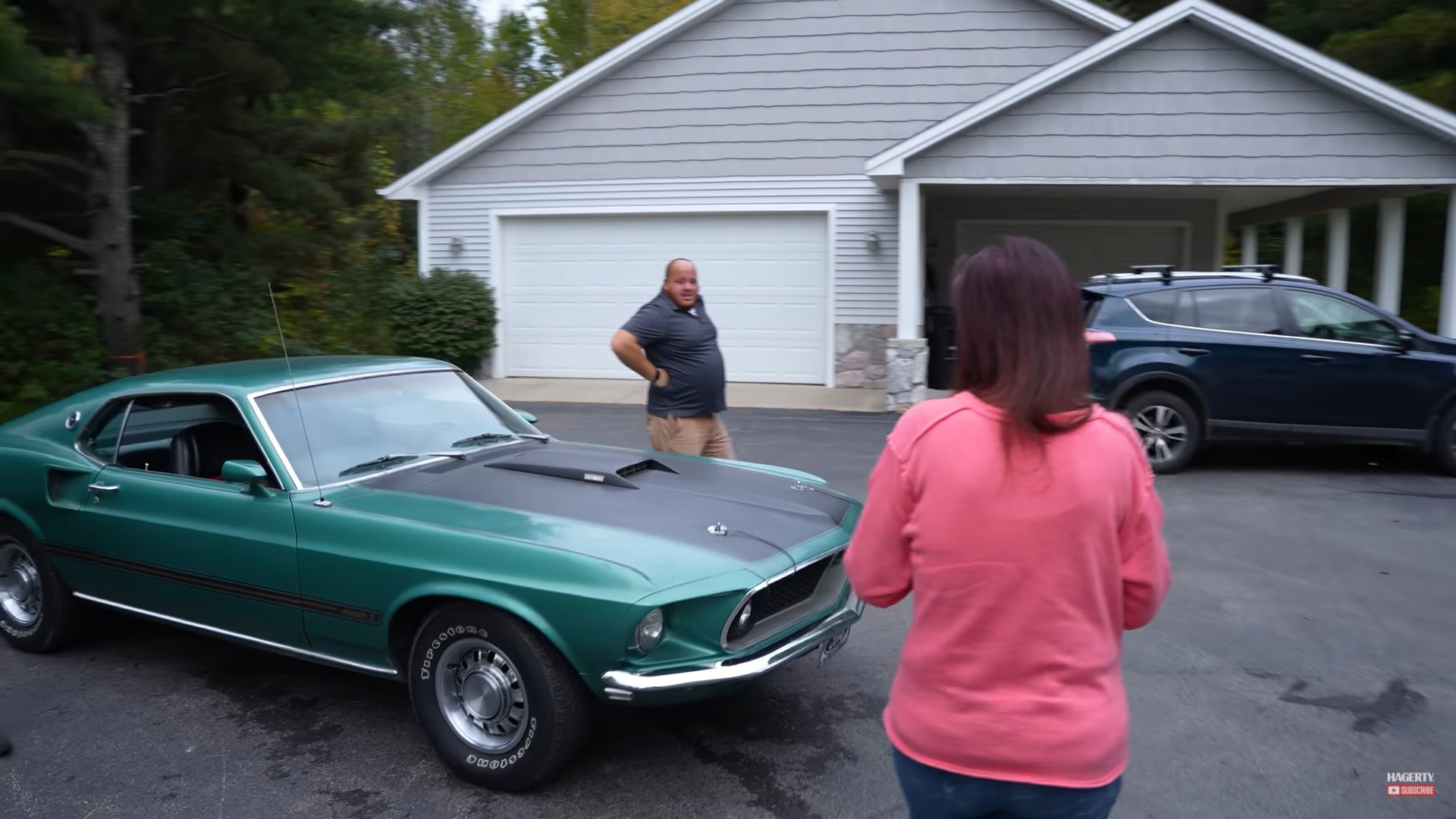 The story began a few weeks ago when the grandson of the owner (the latter died, unfortunately, but Grandma Sue still recounts the car’s tale from the 9:30 mark) gave Hagerty access to the pole barn where this Mach 1 example had been sitting pristine for around 15 years.

It was parked a long time before, so the Mustang hadn’t been started for some three decades, by all accounts.

Because it had been carefully placed in storage, the Mustang Mach 1 looks like a veritable time capsule and so the first couple of episodes (all videos embedded below) just focused on the technical bits and pieces.

You know, like the ones needed to get the motor running for the first time in decades in preparation for getting the classic car back on the road.

That finally happened in the latest feature and the initial shop test drive occurs from the 7:28 mark. With Davin declaring himself satisfied, he proceeds alongside the owner’s grandson to reunite Grandma Sue with the now-running Mustang Mach 1. Because she had no idea the car was even in the shop, seeing the green Ford arrive on her driveway for the first time in decades immediately turned into one of those heart-stopping moments.

Her emotional, tearful reaction (11:10 mark, priceless moment for classic car fans) is only natural but the old lady baffles everyone as she immediately jumps in the driver’s seat to go for a neighborhood ride! “I just want to drive it,” she says – and does anyone need any more explanations after that?!