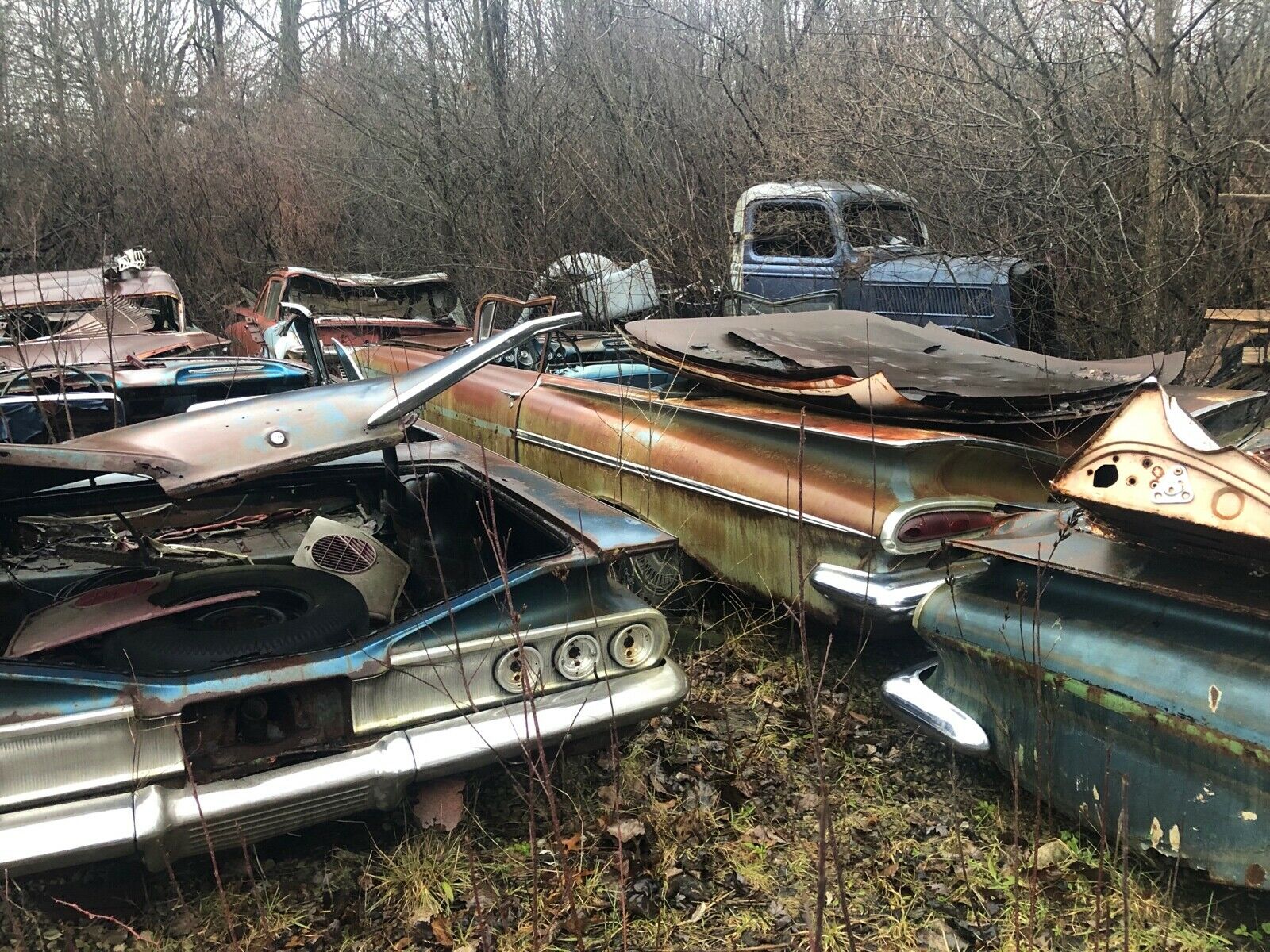 Just like its predecessor, the 1960 Impala was available with either a six-cylinder engine or a V8 unit, but the powerplant that most people were drooling over was the top-of-the-line 348 (5.7-liter).

Offered for this model year in five different versions, the 348 could be fitted with either a single four-barrel or three two-barrel carburetors, with the latter configuration obviously developing a higher power output.

The “base” 348 was rated at 250 horsepower, while the other single four-barrel versions increased the figure to 305 and 320 horsepower. The two 348 versions offered with three two-barrel carburetors were capable of developing no less than 280 and 335 horsepower, respectively.

This car is a huge wreck that’s abandoned in that junkyard for a good reason. At some level, this isn’t wrong. This Impala looks like it’s been parked under the clear sky for a very long time

Most of the side trim is missing, but on the other hand, the seller claims a lot of the convertible trim and parts are still available.

But the best news is what’s hiding under the hood. The Chevrolet is still fitted with a 348, but of course, you shouldn’t expect it to be working, given the overall condition of the car.