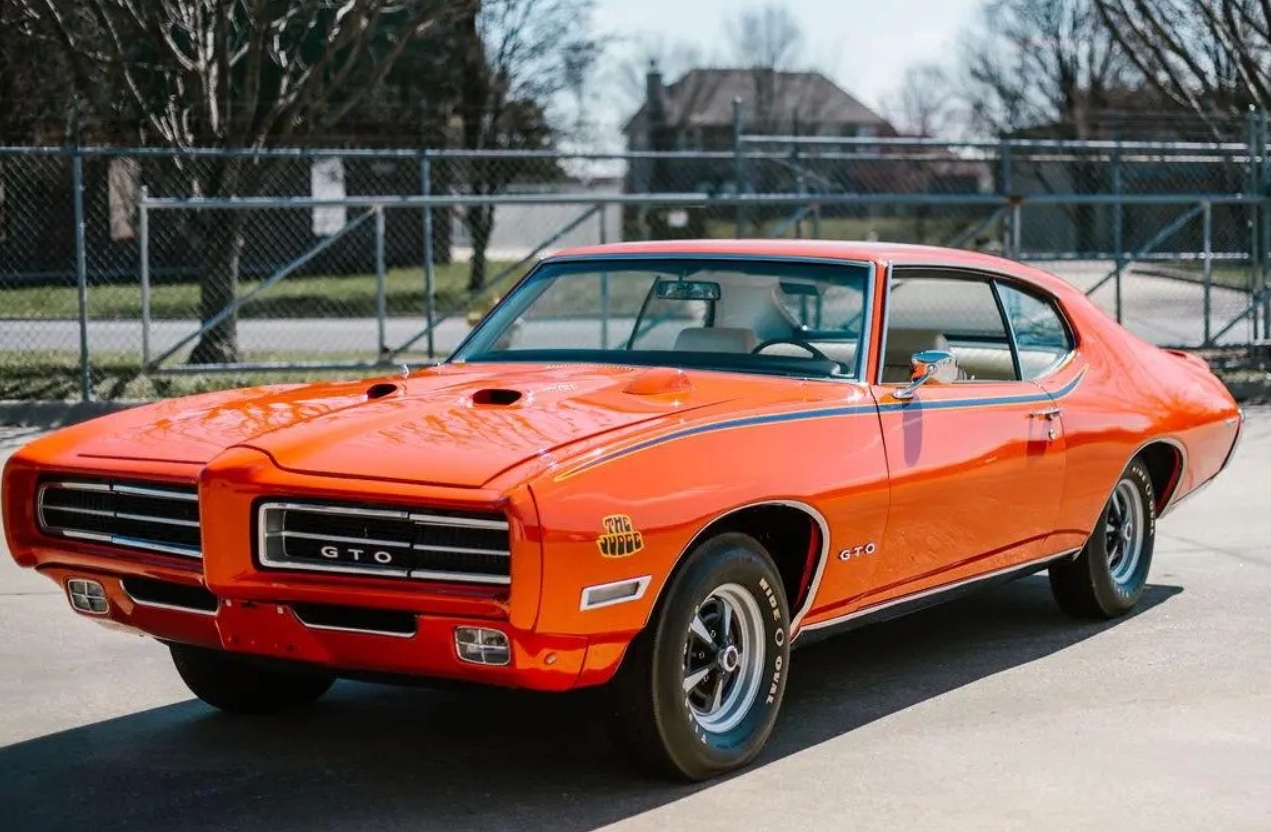 The second-generation Pontiac GTO is as iconic a muscle car as they come. It was manufactured by GM between 1968 and 1972.

One such spectacular machine is currently up for grabs through Bring a Trailer, with the seller claiming this is one of just 239 Pontiac GTO Ram Air IV units equipped with the Judge package and a four-speed manual gearbox. By the way, this car was reportedly commissioned by WWE and movie star John Cena and underwent a full overhaul in the late 2000s.

Moving on to the interior, we can see that it’s been reupholstered in Parchment with matching door panels and contrasting black dashboard and carpets. Other highlights include the woodgrain veneer accents on the steering wheel and switchgear, but also a push-button radio, heater, front and rear lap belts and a Hurst shifter.

As for the engine, it’s a replacement Ram Air IV 400ci V8 unit, factory rated at 370 hp (376 ps) and 445 lb-ft (603 Nm) of torque, with everything being pushed to the rear wheels via a close-ratio Muncie four-speed manual gearbox.