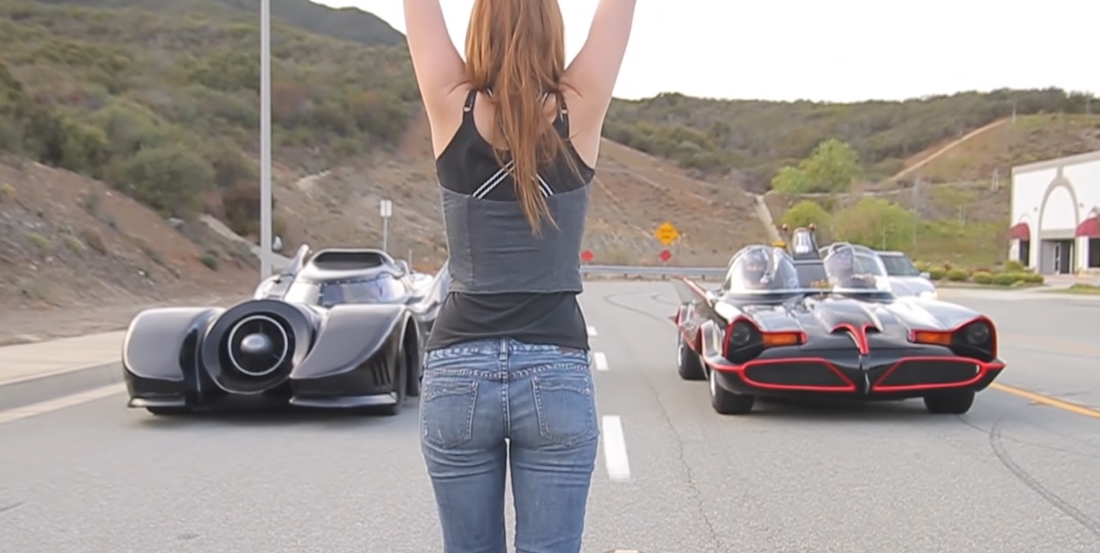 Young or old, all of us have heard or have seen something about Batman and his exciting adventures, whether on TV, cinema or on papers printed by DC Comics.

Today we present you a fantastic video that will enliven your best memories about this legendary character.

The concept of the SPBD web series is to take two super powered legends and make them battle! Every month we will release a new episode, where viewers will be able to vote to determine the winner. The show is hosted by Marisha Ray, with two debaters, Damian Beurer and Andy Liegl. Together they battle with their sci-fi/fantasy knowledge and comic wit to see who they think the winner will be. In addition, experts from specific fields will guest star and contribute valuable information.

Watching this particularly enjoyable video, you’re going to see a fierce battle of power and speed between two Batmobiles: 1966 Batmobile vs 1989 Batmobile.

To see how is gonna be the lucky winner of this super exciting race watch the video, share it with your friends and enjoy it all together with them!