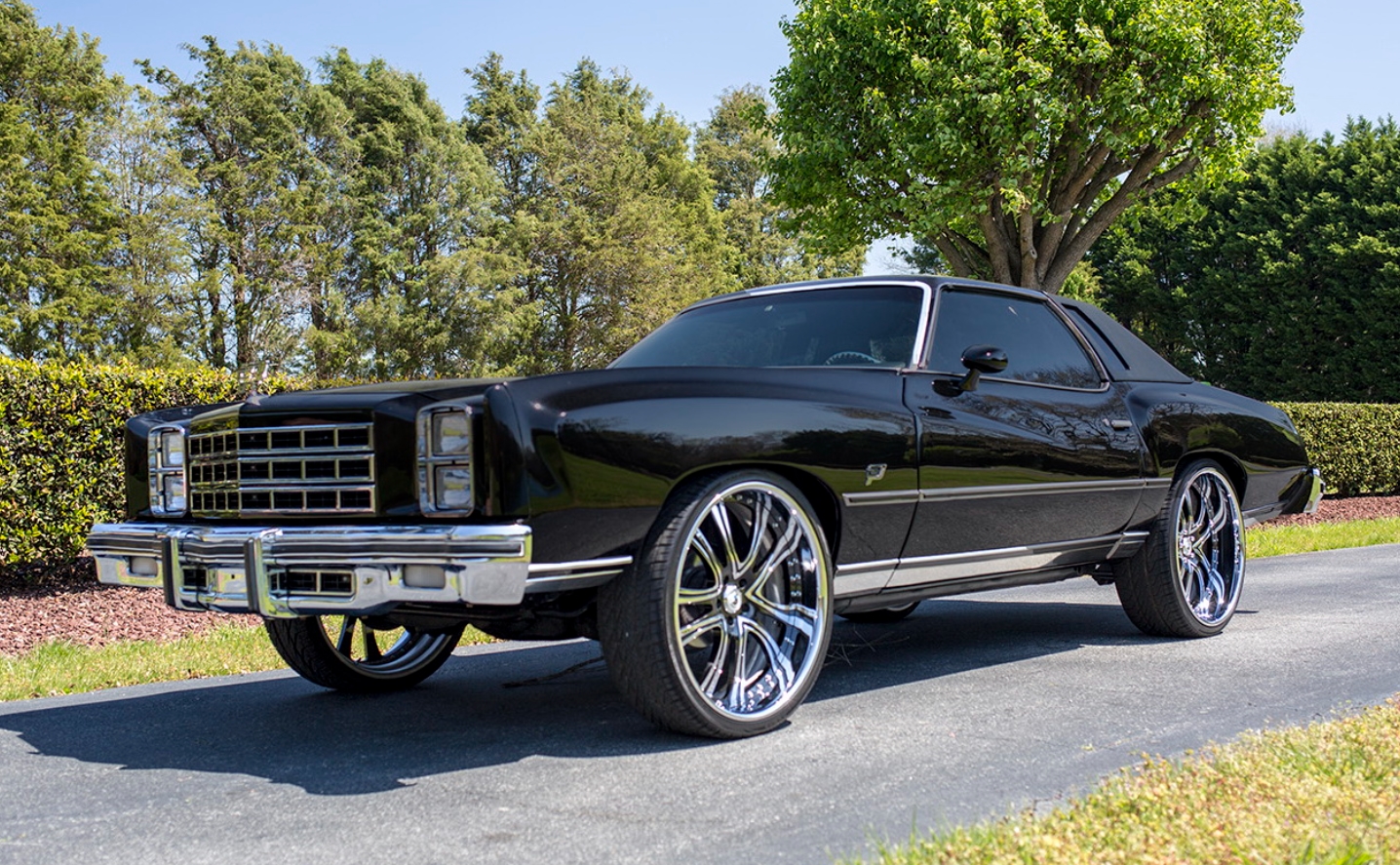 The Monte Carlo was first introduced back in 1969 for the 1970 model year, as a two-door hardtop. It was quickly redesigned in 1972 when the second generation was introduced, which featured a more traditional roof design and several aesthetic changes, although the underpinnings were pretty much the same, except for various suspension and steering upgrades.

The car you’re looking at here is a 1977 model, customized by Dreamworks Motorsports for NBA star and Phoenix Suns point guard, Chris Paul, also known as CP3. According to the aftermarket specialist, this is just one of the many cars they’ve modified for Paul and his family.

For starters, the vehicle has been fully restored and customized both inside and out. Highlights include the custom paint, bespoke ‘CP3’ hood emblem, 24-inch Asanti wheels, tinted windows, a new fuel injected engine and a new transmission.

Inside, you’ll find custom leather upholstery with ‘CP3’ embroidery, a JL Audio sound system and get this: swivel bucket seats and a custom Wake Forest miniature basketball court in the trunk. CP3 of course attended Wake Forest university between 2003 and 2005, before getting drafted by the New Orleans Hornets with the 4th overall pick in the 2005 NBA draft.