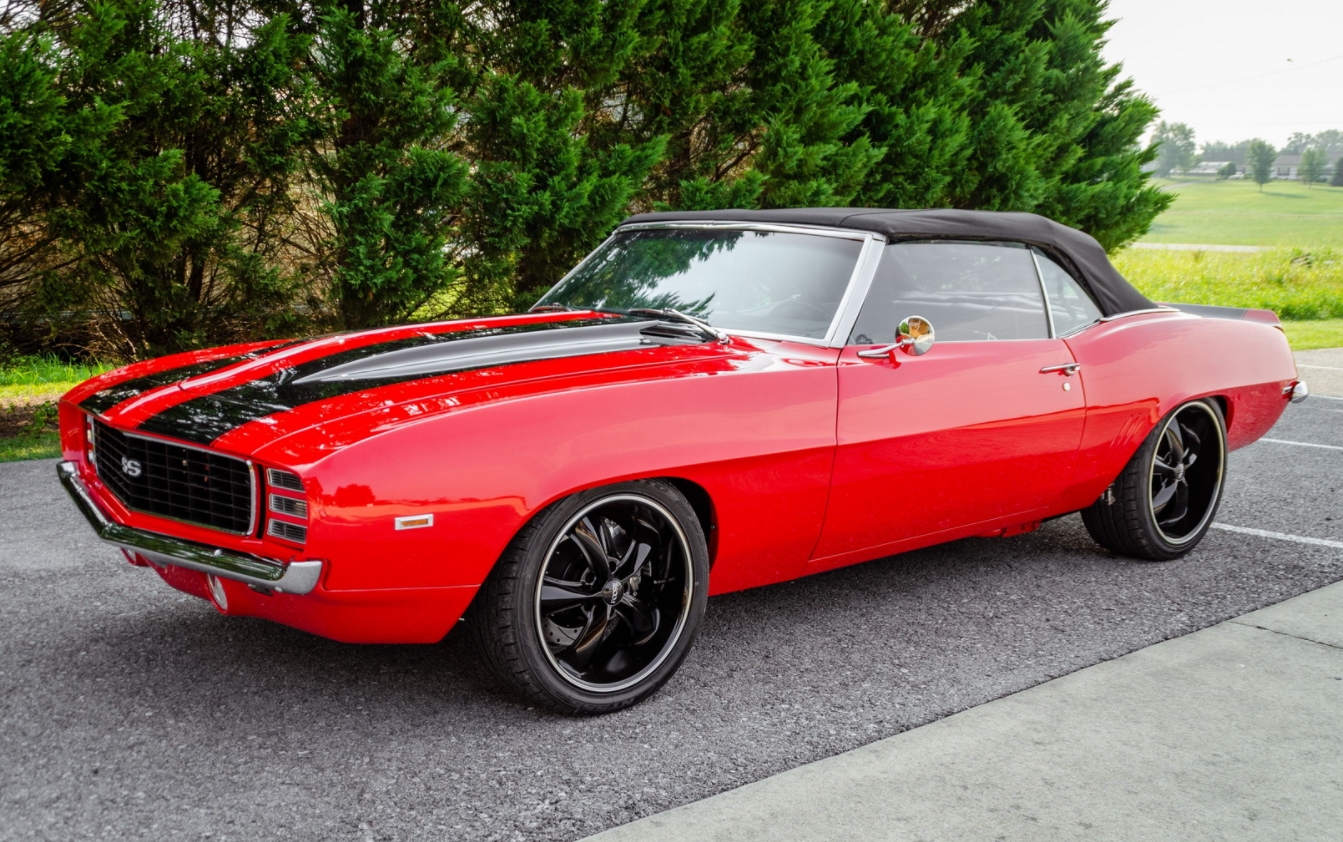 If you’re going to get a first-generation Chevrolet Camaro, just go for a 1969 model right from the get-go, because those already feature a sportier appearance than any of their predecessors.

We’re talking about a redesigned grille, new door skins, redesigned rear quarter panels for a more aggressive stance, plus a few other modifications. You can definitely walk away with something great if you like your classic cars completely stock, but if not, then we’ve got something you might want to see.

So then, what’s there to like? Well, we already mentioned the LS swap, but more specifically, it’s a 5.7-liter LS1 V8, built and enhanced by Hensley Performance. The engine has just 150 miles (241 km) on it and comes with an upgraded camshaft, larger throttle body, upgraded cylinder heads, custom exhaust, and more. The ad doesn’t specify how much power the car puts down, but we’re willing to be that 4L60E four-speed automatic gearbox has its work cut out.

It’s a 1969 Camaro SS Convertible with an LS swap, restomodded to the point where you can bet money it rides a heck of a lot better than it used to back when the Apollo 11 mission landed a man on the moon (shout out to Neil and Buzz). The best part? The car’s up for grabs through Hemmings and there’s plenty of time left to bid.

Would you drive it?