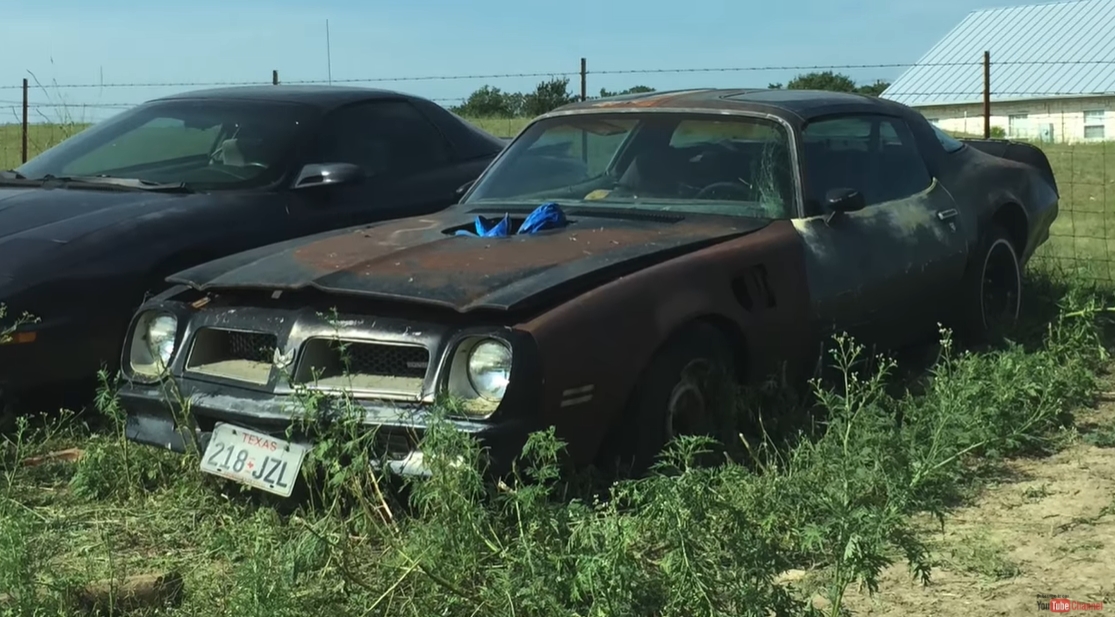 For most part, whenever somebody discovers a car in the weeds, people don’t get too excited because we all know that many of them are there for a reason and if by any chance they were worth a few bucks, there were most likely to be rescued already.

However, there is an exception to all rules so this is the best example for it, as these guys uncover that the vehicle in question is not just any car from the 70’s but actually a 1976 Trans Am 455 LE, and as a bonus it was a limited edition with a 50th anniversary badge on the side.

The old Pontiac was mostly covered with weeds and brush. There was so much rust and patina.

ey made the 455 with four-speeds only, or you could get a 400 with an automatic. The field car was one of 319 made with a 455, but it also had the sought-after T-top option, which was discontinued early due to fit issues. Just 110 of the Limited Edition Trans Ams were made with T-tops.

dy was the biggest problem due to rust. The floorpans were “good,” but there was rust behind the rear rockers. Near where the windshield stops and the T-top starts was a little row of rust that let water drip into the interior and damage it. Overall, the Trans Am was a basket case.