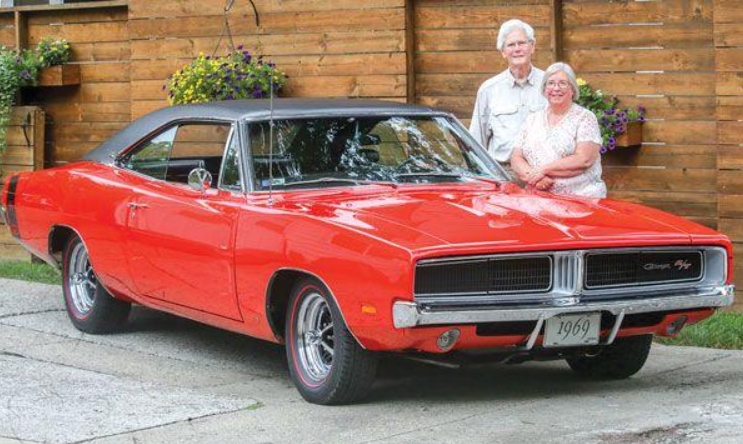 All people have that one thing that gets away, and this Michigan couple managed to get theirs back.

Marc and Darlene Rozman have been married for 45 years, they bought a 1969 Dodge Charger RT back in 2001.

This car was the point of many memories for the couple until they decided to sell it, but actually they got the chance to buy the Charger back, something a lot of us who sell cars don’t ever get.

Just like most of us, the Rozmans managed to make new connections with car friends and even reconnect with old friends, all thanks to their classic Dodge Charger. Also they often took part in car events like the annual Dream Cruise on Woodward Avenue in Michigan. In 2012, they sold their 1969 Dodge Charger thinking of buying a car with more to offer, but would realize later they made a mistake.

Originally purchased in the fall of 2000, or 2001, depending on which of the Rozmans you talk to, they decided the time to get the car back has come, five years after selling it because there was a definite void in their lives. They kept contact with the Charger’s new owner after selling it, and he reported that every time he took it to a car show, he got the question “Is that Marc’s car?”

The new owner was kind enough and sold the car back to the couple, which they resumed taking to the Woodward Dream Cruise to get back to connecting with their car friends.

By the way Marc is also a photographer for the famous Dream Cruise and he’s an avid collector of memorabilia and model cars.