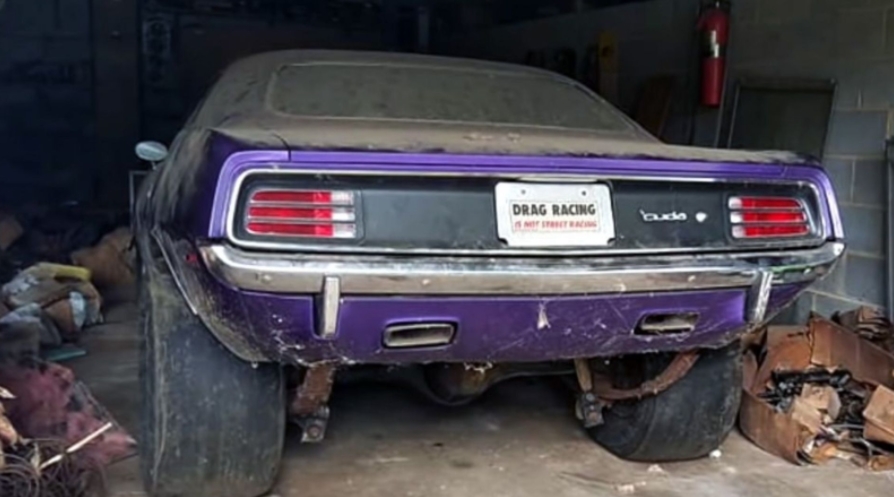 Long before drag racing was a sport that requires serious financial backing to be competitive, people could piece together their personal quarter-mile monster in their garage on the weekends (and a lot of weeknights, too).

Milburn Varner and his brother in law David Rehring did that back in 1970 when they acquired a hot 1970 Plymouth ‘Cuda and decided to make it a Hemi-powered hero using his garage as a workshop.

He simply parked the car after retiring the American Muscle car in 1974, but recently a group rescued the vehicle and made it sing again.

A ’70 ‘Cuda is cool and awesome in its own rite, but Rehring and Varner were interested in making the car get down on dragstrip as fast as they could. They settled on pulling the 440ci Six Pack V8 from the ‘Cuda and dropping in its place a 426ci Hemi V8 from a 1967 Plymouth GTX HemiConvertible.

This might sound to you as a crazy move in different ways, that the GTX was 1 of 17 made, so to pull the engine and put it in another vehicle seems kind of irresponsible today, but at the time they cared more for the performance than collectability.

What makes the matter interesting is that by doing the swap of the engine they created something even more special and interesting.

Plus, Varner kept the Plymouth GTX Hemi Convertible right next to the ‘Cuda, so he didn’t just ditch the other car.

The Cuda has just 149 miles on it, but a fair number of those were done in quarter-mile hard sprints. For that reason, when the car was “rescued” needed only a washing and was left original.

Check the video to learn more about the story of this amazing car and even hear the beast sound.