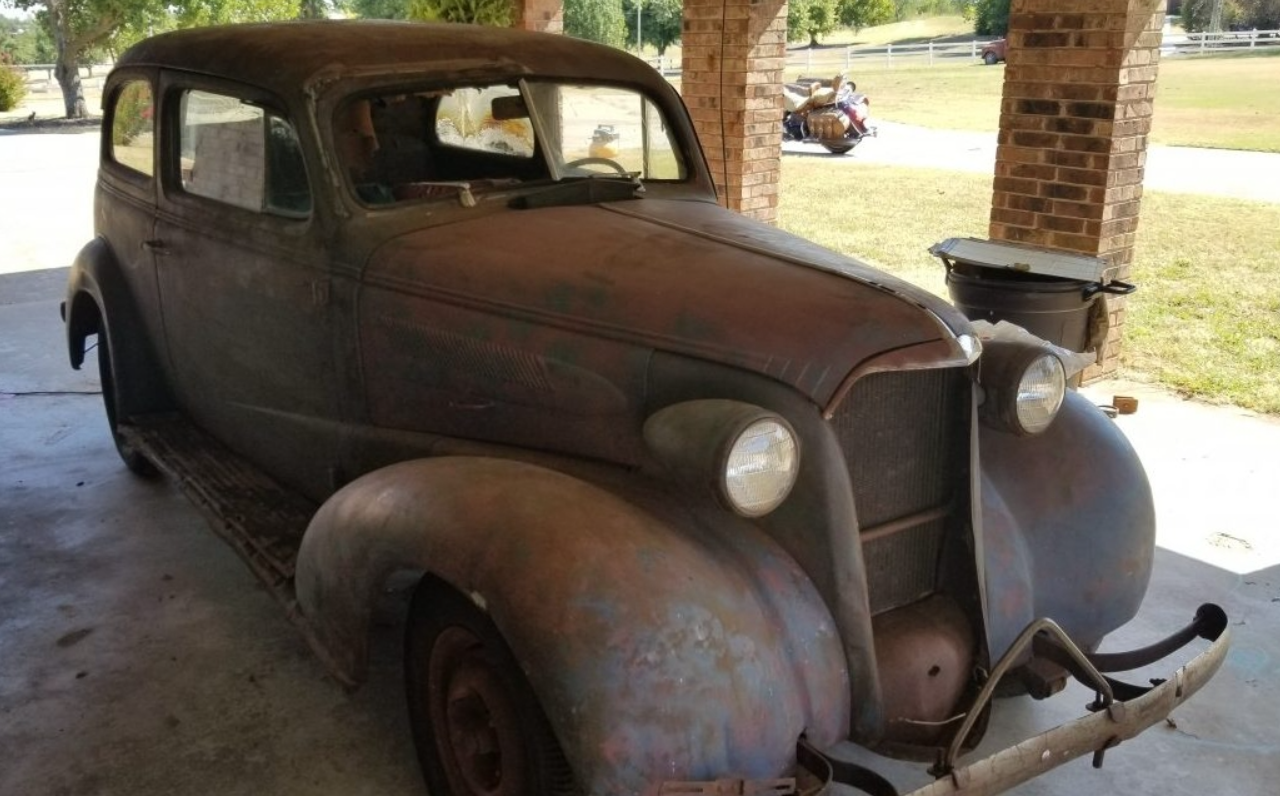 One of Chevy’s iconic pre-WW2 cars, the Master broke cover in 1933.

Produced until 1942, few months after the United States joined World War 2, the Master is one of those vehicles that helped Chevrolet stay afloat while other carmakers went belly up during the economically challenged 1930s.

Like the majority of nameplates of that time the Master got yearly updates.

So the design of the 1937 Master is unique to this specific model year. And if you ask us, it’s the best-looking version of the Master all thanks to the V-shaped and slightly slanted front grille.

This specific two-door coupe is a Master Deluxe trim, meaning that came with a few extras over the regular Master. The biggest difference perhaps is that the Deluxe gained an independent front suspension in 1937 (the base Master retained the beam front axle on leaf springs).

If you are wondering how this Chevrolet looks after six decades in storage? Well, we would say “surprisingly good” fits the bill nicely. Most vehicles that have been sitting for this long usually emerge into the light as rust buckets that aren’t even worth saving, but this one  actually is a solid time capsule. Surely, most of the gray paint has been consumed by surface corrosion, but the body is amazingly clean when it comes to rust holes.

On the other hand the car misses the front grille, the hood ornament, and the trim and badge on the trunk. None of these parts is difficult to source since Chevrolet built millions of Masters back in the day.

Under the hood lurks a 216-cubic-inch (3.6-liter), overhead-valve, six-cylinder engine. Introduced in 1937 as Chevy’s second-generation inline-six, it replaced a mill dating back to 1929. The design survived in various forms and sizes until 1963 and spawned the more iconic “Blue Flame” power plant offered in the first-gen Corvette.

In the Master Deluxe, the straight-six generated 85 horsepower and 170 pound-feet (Nm) of torque when new and reached the rear wheels through a three-speed manual. The engine appears to be complete, but there’s no word on whether it turns or runs.