Classic Volkswagen Who? This 1967 GMC Sport Van Out Is Something Special 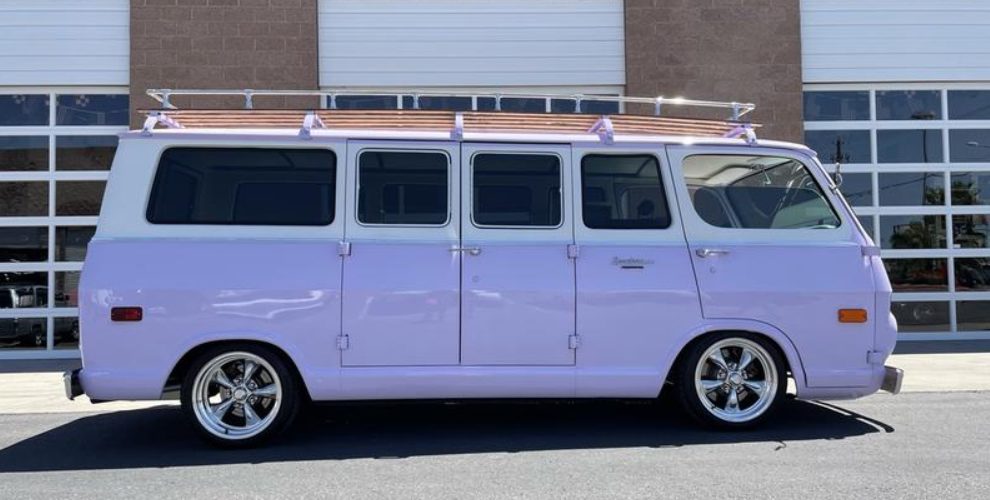 Classic Volkswagen Vans Get All the Ink, But Don’t Count This 1967 GMC Sport Van Out

The vehicle was introduced firstly in 1967 got sold and updated until 2013 in world markets, this Volkswagen Type 2 came in an array of body styles which included models from panel vans to pickups and passenger wagons.

The 1968 Volkswagen Bus with the Campmobile package includes two captain chairs, a full cabinet setup in the rear and offered a fold-down rear couch which became a bed.

GMC had an answer to the VW version, the vans were not only workhorses, but they also provided exceptional platforms for customization. And in 1966, General Motors even unveiled a concept vehicle they called Electrovan which was based on the GMC Handi-Van. The Electrovan utilized a Union Carbide cryogenic hydrogen fuel cell to power a 115-horsepower electric motor. Unfortunately the Electrovan never went into production mostly due to production cost and safety issues.

This amazing GMC spent most of its life tooling along the roads of the Napa Valley, and it can now be yours.

According to the dealer no expense was spared, and the Wine Van features a 383ci, fuel-injected stroker engine with aluminum heads. Also it’s fitted with a turbo 350 automatic transmission, a Ford 9” rear end, disc brakes at all the corners, full air ride four-link suspension, A/C to service it front and rear, power steering and electronic e-braking.