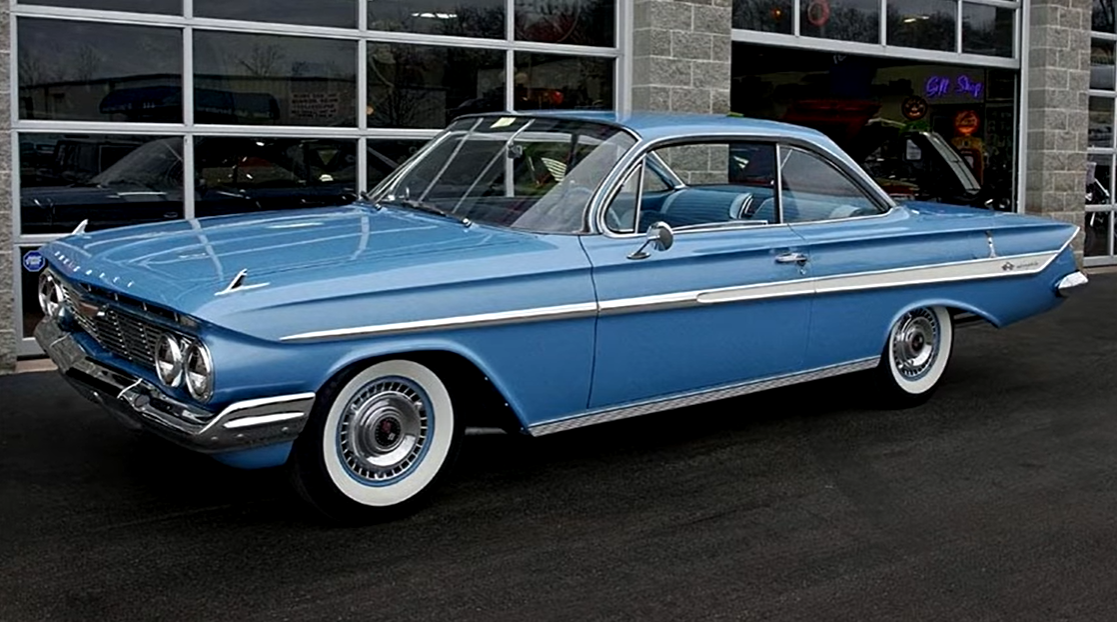 Do you all remember the bygone times when vehicles came directly from the manufacturing plant with genuine style?

Back when the roadways of America were fixed with clearing rooflines and too much chrome? Unlike today where pretty much every vehicle simply resembles a celebrated bar of cleanser. There was an extraordinary thing about vehicle plans during the 1950s and ’60s that we don’t get to see today.

For example, let’s take a 1961 Chevy Impala—a Bubble Top as it’s warmly known. It is simply awesome from a side view : a slight, clearing A-column followed by no B-column at all, then, at that point a similarly lean C-column that mixes in with that notable adjusted back glass. Also, that is simply portraying the roofline; we’ll pass on the rest to your creative mind (or you can simply navigate the total photograph displayed at the lower part of the article).

Highlight styling like these are what motivated John Huval to fabricate a 1961 Chevy Impala Bubbletop for himself. “I’d generally cherished the tasteful styles and provocative lines of the Chevys from the mid 1960s,” said Huval. “My top pick of all the X-outlines has consistently been the Bubbletop Impala. I looked through the web each night for over a half year searching for the right vehicle.” When beginning to figure the ideal up-and-comer didn’t exist, an Almond Beige 1961 Chevy Impala came up.

“Street Machinery in Euclid, Ohio, had the car I was looking for,” Huval told us. “Although it had a straight-six-cylinder engine with a manual three-on-the-tree, I figured that it would be an easy swap and just the right project we were looking for.”

After a 36-hour round trip from his home in Arnaudville, Louisiana, to the car in Euclid, Huval he finally had himself a Bubbletop Chevy.

When he got back home with the 1961 Impala, he didn’t waste any time and yanked the Blue Flame six-banger in order to make room for an engine and transmission that would help  the Bubbletop move down the road a little quicker. Huval put together a healthy, but not over-the-top, 350ci small-block Chevy that would be backed by a 700R4 automatic transmission. The engine consists of an Eagle crankshaft with reconditioned rods and a set of Keith Black pistons, topped by Chevrolet “Camel Hump ” heads. The combo gave the small-block a very streetable 9.5:1 compression ratio. Huval then tossed in a mild Comp Cams 268H grind camshaft with stock valve springs and rocker arms. With the long-block assembled, he sent it over to Taylor Patin at Intense Hot Rods in Henderson, Louisiana, to give the Impala a matte gold finish matching its interior. After the engine came back, Huval finished it off by adding a 650 cfm Holley Street Demon carb and Edelbrock air cleaner, along with a Drive Junky serpentine system. A set of block hugger mufflers from Sanderson were then installed and sent exhaust out with custom 2-1/2-inch piping and Flowmaster 40 Series mufflers. To keep the small-block cool, for final he had the guys at Performance Rod & Custom fabricate an aluminum radiator to clear the new Borgeson power steering box, ceramic-coated by Shane Thibodeaux of Streamline Coatings.

To modernize the handling of the Bubbletop Impala and dial in the stance, Huval had Boris Maryanovsky at Street Machinery install a four-corner air-ride system using Firestone bags. The vehicle  received a complete Global West power steering conversion and bigger anti sway bars along with 2-inch drop spindles as well. Drilled and slotted Corvette-style disc brakes front and rear were installed in conjunction with a master cylinder and booster from Wilwood. Out back, Huval had the rear end housing narrowed 1.5 inches per side by Roy Chaney in Houston, Texas, who also installed a new set of Moser axles and a 3.55:1 gear set with an Eaton posi. According to Huval, “This was done to help tuck the large 22-inch Billet Specialties wheels out back with the biggest fat-lip available.” Specifically, he chose a set of Turbine wheels measuring 20×8.5 inches up front and 22×10 inches in the rear.

On the inside Huval left everything mostly stock—for at least for now—with the exception of a complete Retro Sound stereo system he installed. He plans to install a new Ciadella complete interior kit in the future to replace the current original but worn bits. “These car projects never end, and I am always looking to make improvements,” said Huval.