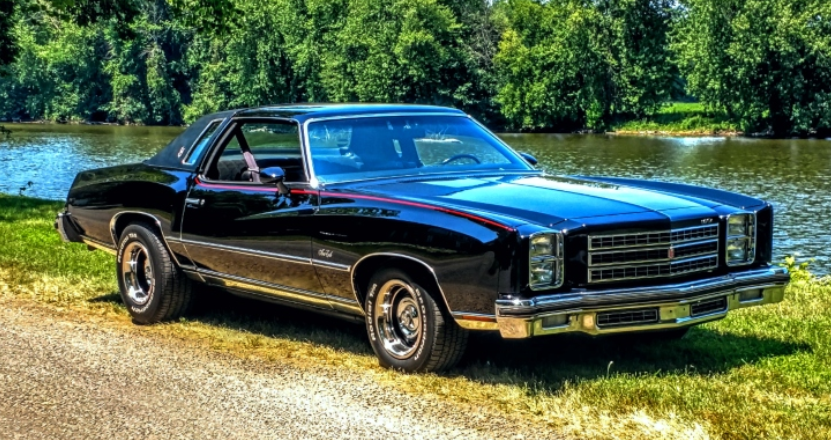 The 1976 Chevy Monte Carlo is a true gangster ride, its flawless Black paint, perfect chrome, nice 70’s stance and potent 454 Big Block under the hood makes it earn that title.

When we grow up we all feel nostalgic from time to time, Darrin was feeling nostalgic for the Chevy Monte Carlo that he drove while he was still in highschool.

The vehicle was a ’77 fitted with a weak 230 horsepower 305 motor, so when he came across this Black 1976 Chevy Monte Carlo powered by a strong 454 Big Block he immediately took action.

The car was originally from Denver, auctioned at Mecum and brought to Chicago where Darrin found it in 2016.

The proper 70’s stance is the only thing he wanted.

As you can see t

The 1976 Chevy Monte Carlo looks as close to perfect as it gets as we can see it here.