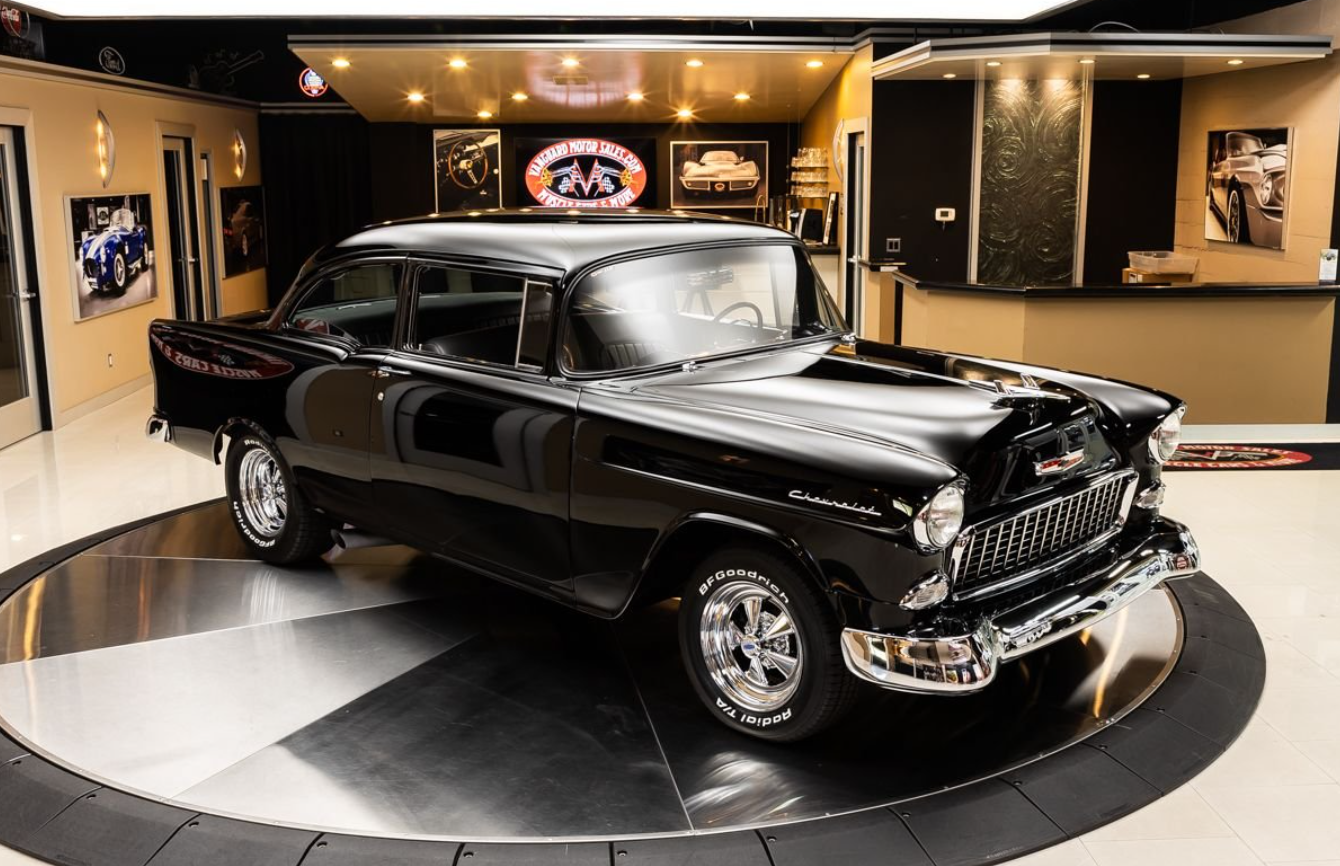 1955 marks the first year of the Tri-Five Chevy lineup. Probably is not the most popular choice, and most builds are either as-new restorations or gassers, paying tribute to the drag racing icons of the early 1960s.

We were shocked to find this 1955 Chevy 150 that’s basically built like a muscle car, fitted with the best components and hiding an engine designed for quarter-mile use.

Of course there are a few exterior changes that suggest something badass is going on, like the side exhaust pipes. But we were in for a surprise of the engine displacement variety. This 66-year-old vehicle has been fitted with a brand new crate engine.

The engine goes in Camaro race cars usually and costs a whopping $22,000, and it can go even higher. Maybe that’s why this car is going for $99,900. The 9.4-liter displacement combined with a high compression ratio delivers a raw sound that clashes with a body you’d normally associate with an old cab.

This V8 comes with aluminum cylinder heads, a serpentine belt, a Holley Dominator Racing carburetor, and an MSD Pro-Billet distributor. In order to keep everything cool, they’ve fitted a giant aluminum radiator that’s paired with dual electric fans. Power is sent out through a 4L80E 4-Speed automatic to the Currie 9-inch rear end. Sounds scary? Well, fear not, because behind those Cragar S/S wheels, there’s a powered brake system with slotted disks.

If you’ve ever happened to watch a Tri-Five restoration, you’ll know that the panel gaps are problematic because of the shape of the hood and fenders. But this 1955 Chevy underwent a full frame-off restoration and now is looking really straight. The black paint really plays with the light in the Vanguard Motors showroom and also makes that chrome pop.

We notice also how the windows have a very strong black tint. And if you don’t like colors, this interior is for you. The steering wheel is a work of art, and the chrome dashboard perfectly captures the feel of that era.

Check the shared video to see more of the car.