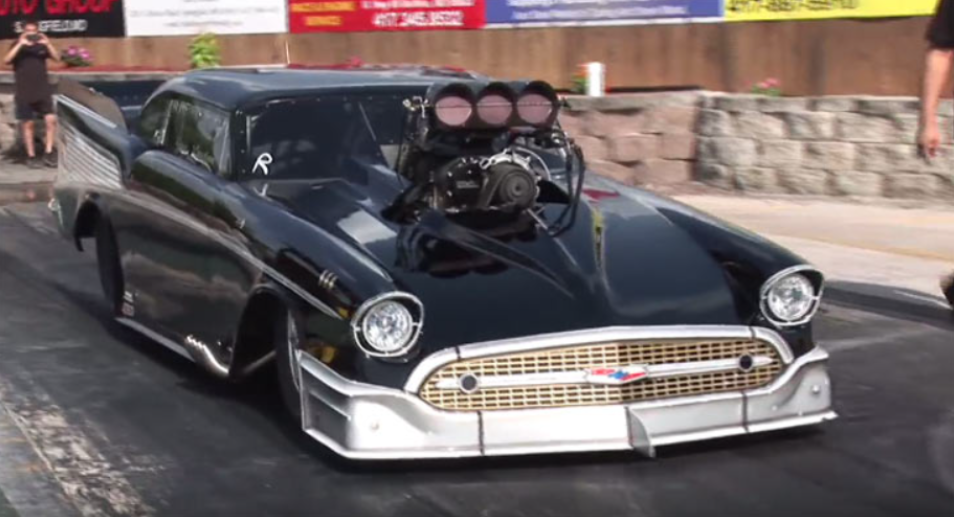 His name is Jason Lansdown and he is the proud owner of this 383ci 1957 Chevy Pro Mod that we found at Ozark Raceway Park in Southwest Missouri and the first thing that popped in our mind was wow, that is a really loud blower.

We all know that superchargers tend to create a whine but this thing is straight out crying out like a wounded animal and there is no way of not noticing it.

Apparently that thing is huge and it helps the engine produce massive power but is it really necessary to sound like the high pitch of a jet airliner, well the guys out there even asked the owner but he apparently did not want to give up the secret of the trade so he just smiled and said nothing.

Turn down the headphones and play the video of what appears to be how they made the sounds in the horror movies of the 70’s.