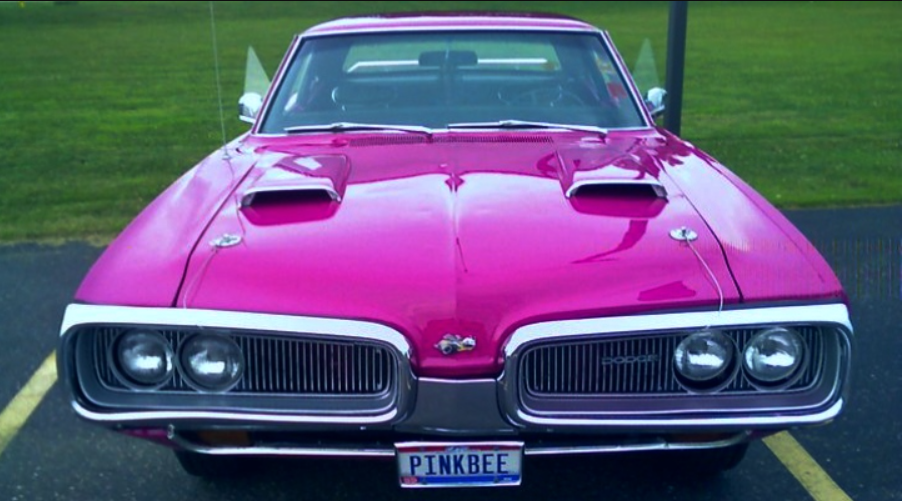 Jason Tillman’s 1970 Dodge Coronet Super Bee is a very rare Mopar because it is one of only 7  2-door coupes factory painted in FM3 Panther Pink.

The vehicle is powered by a healthy 383 Magnum engine mounted to a 4-speed manual.

The “Pink Bee” also has quite a story that we will share with you now.

Jason’s dad has bought it from a friend back in 1979 for the ridiculous $25 (Jason still keeps the receipt) and the “Pink Bee”has been part of the family from then on.

At the age of 15 Jason started to work on the 1970 Dodge Super Bee and after he got it up and running the “Pink Bee” became his high school ride, how cool is that right?

The Mopar ended up parked in their driveway after a while and it spent about 10 years of its life there.

Jason and his Dad stripped the muscle car to bare metal and had it repainted in its factory original FM3 Panther Pink in 1993.

Sadly shortly after Jason’s dad passed away  but the 1970 Dodge Super Bee keeps the memory of him and the time Father and Son spent together alive.

“Pink Bee” is far from a show stopper for sure, but Jason loves it and drives quite often. “I hope one of my three kids or all of them will continue to cherish it after I’m gone” – shared Jason with us at the end.