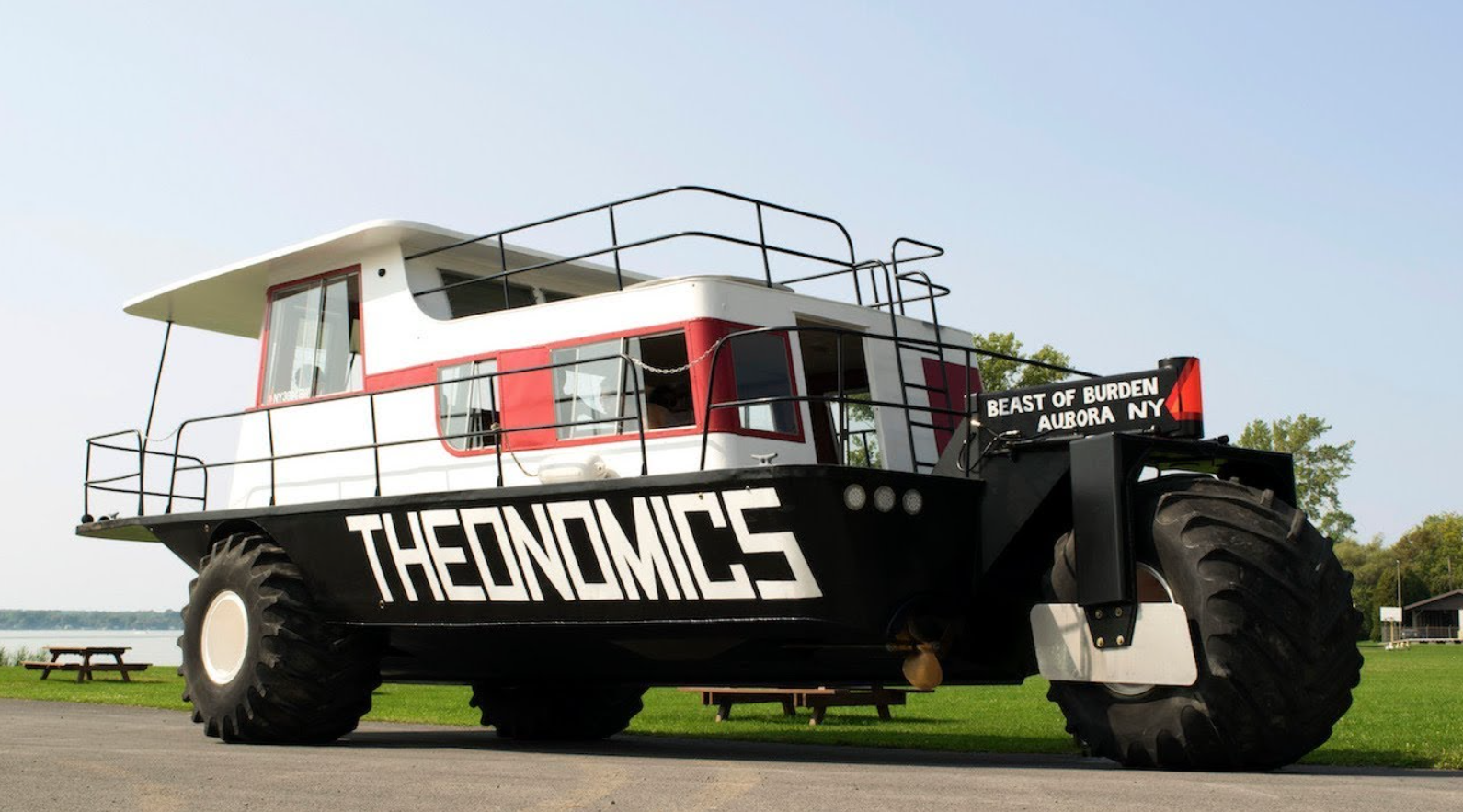 A mechanical genius has merged a 32ft houseboat (1967 Jeffboat Sunliner) with a massive  three-wheel tractor (Rickel “Big-A” Sprayer) to create the most unorthodox vehicle – an amphibious driving houseboat.

All started with a derelict 32-foot long houseboat. A 1967 model with a rusted steel hull, he originally bought it as a guest house.

The plan originally was to carve out a hole for the sprayer, and essentially drop the boat on the sprayer chassis.

But it is proven now that things never quite work out as planned though. The sprayer was a bit too short, so it’s chassis was replaced with one from a school bus. The axle wasn’t quite long enough to clear the boat’s draft, so it was extended with custom steel wheel spacers.

Theon had been concerned that the whole thing might flip over since the boat had such large tires attached to it.

But with mechanics on board, a firefighter and plenty of life jackets, the amphibious houseboat rolled in and out of Cayuga Lake without incident.

Theon, who spent $10,000 bringing his project to life, originally built the vehicle because he thought it would be “cool” to do so. It is cool, no doubt about that.

But with mechanics on board, a firefighter and plenty of life jackets, the amphibious houseboat rolled in and out of Cayuga Lake without incident.

You can check out the boat fitted with some massive tires that make tossing your craft the water a non-issue as you’re able to simply drive it down the ramp and straight into the water to make your boating experience just a little bit more convenient down below.