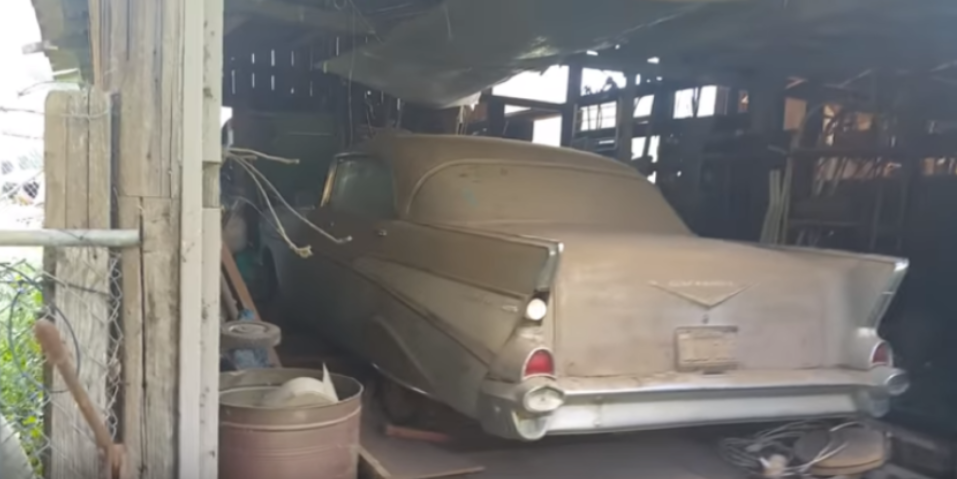 Many of the barnyard find videos have been accused of being staged and there has been actually quite a few of them that turned out to be staged and prepped before the actual find.

This time however there is nothing that would point out that this car has been tinkered with before it has been discovered and by the layer of dust that has created on top of the vehicle there is little doubt that this is a vehicle that has been forgotten for whatever reason by its owner .!

If you ask us, no 1957 Chevy deserves to stay under a layer of dust for eternity since this is a car that could bring joy to somebody somewhere.

There are those however that disagree and mainly due to the number of doors, since this Classic that is being presented to us by the channel old junk, has 4 doors.

There are some that actually commented “Its a 4 door, leave it in the barn” which might be a bit harsh so tell us your opinion, would you restore and drive a 4 door or should he not even bother taking it out of the barn?