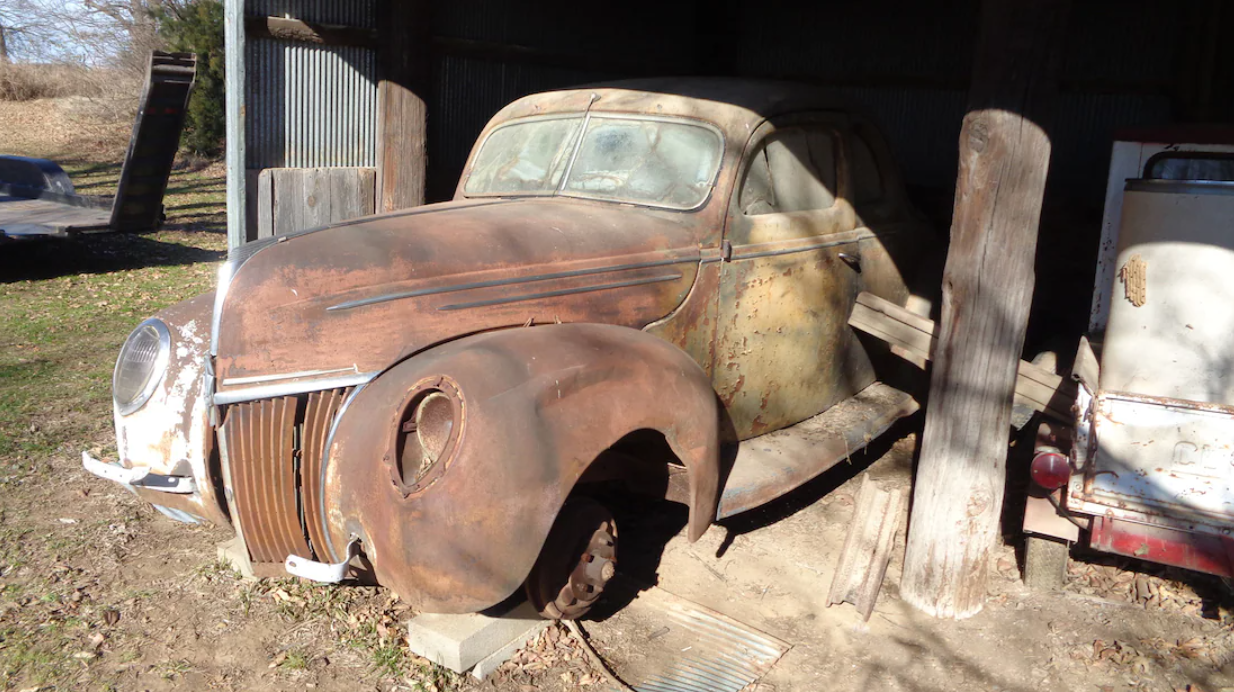 We might think that by now all spare Ford Deluxe Coupes would have been found, but that’s  not the case obviously.

According to Chad Ehrlich barn find hunter, of Nobody Else’s Auto in Great Bend, Kansas, out there still are some unexpected field-find, garage-find, barn fin and shed-find treasures that are patiently waiting to be rediscovered.

As he stated to us: “I got a lead on this car and was told it was a 1940 Ford coupe, but an undiscovered coupe, still sitting somewhere in today’s world, was a bit hard to believe. I requested pics, and the few pics I got were of the front of the car. I realized it was a 1939, but I couldn’t see the back of the car, and I still wasn’t convinced it was really a coupe. “

So guess what? That for sure was a real-deal coupe.

“We finally got to see the car in person, and we were both ecstatic when we saw that it was a ’39 Deluxe coupe! Before we got there, my daughter was hoping it was a ’40 since she already has a 1940 Ford COE. After she saw the car, she actually fell in love with the ’39 over the ’40, and she figured it would still make a good mate for her 1940 COE,” recalled Ehrlich.

Most of the barn finds he discovered are destined for resale but this one was marked to be kept for his daughter.

Like many other barn finds this too took the owner passing away for the family to put it out for sale.

According to the son in law the owner had had the car stashed away since before he married into the family. That took place in 1968, so the vehicle has been in this shed for over 50 years!

After dragging it out of the lean-to and checking it out, the Ford was found to be a complete car that had been repainted just once during its lifetime.

The front axle had been swapped to a standard Ford pattern before it was stored away, but the rear axle was still stock with the wide bolt pattern.

There was some rust in the vehicle near the left front floor but apart from that the car was amazingly solid considering it was barely covered by the shed. The Ford still had its original Banjo steering wheel as a bonus.

Like we mentioned above, this ’39 is a keeper and isn’t for sale.